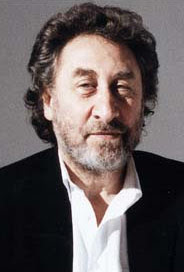 After a week of being trapped in his hotel room, Howard Jacobson has spoken to more English classes and student groups than he can remember. Tonight he will make a appearance at Hillel and yesterday he finally visited Jewish Literature Live. So surprisingly, the author of Kalooki Nights (probably the most Jewish book I have ever read) and the British Jew, does not like being called a “Jewish” writer. “If I am called a Jewish writer I hit the roof. I am an English writer, but I did not have to choose this subject [Judaism],” he said. “There is no reason why a Jew who writes should be a Jewish writer. I regret marketing myself as a Jewish writer and calling myself a Jewish writer, it limits one.” Plain and simply, Jacobson proclaims himself an “English writer with a Jewish accent.” And there you have it, within the first fifteen minutes of the hour Jacobson was already stirring up controversy and setting our minds on rapid fire.

Jacobson may write about Jews, but he is not religious whatsoever. “I am not a religious person. I cannot stand rituals. I find them moving for some people, but not for me,” he said. He elaborates to say that religious faith impresses him and although he feels no scorn for it, faith does not interest him personally. His lack of religiousness does not stop him from writing about what he considers the most interesting subject for a writer, Judaism. He said, “The Jewish commitment to argument is a fascinating thing.”

To Jacobson, argumentation is the essence of art. “There is no art that gets made without argument. If you’re not divided in yourself you’re not going to write a great book,” he said. This divide is one of his favorite parts about writing. He said, “The fun of writing is when I suddenly do not agree with something my character says.” Later on Jacobson discussed the Jewish concept of Havdalah, which he describes as, “the heart of Jewish intellectual life is that one thing is not another thing. We’re dividing all of the time. Endlessly choosing one thing over another…it is the way we possess the world,” he said. Naturally Jacobson’s love for argumentation in literature fits perfectly with Judaism.

Kalooki Nights’s title (a reference to a card game) is true to form with Jacobson’s thesis. “I remember aunties of mine playing Kalooki nights,” he said. “It’s a game where no one knows the rules. It’s a yelling game…I associate it with Jewish women who do not read Tolstoy or who wouldn’t read me.” As much as he is fascinated with Jewish “philistinism,” there is an entire sector of Jews who refuse to read his book or any book for that matter. Jacobson recalls a conversation he had with an Orthodox Jew on a book tour once. He was asked, “Why would a Jew write books. We’ve got a book.”

Jacobson cannot please everyone and nor does he want to. He is aware that the cutting humor of his novels is not for everyone. Despite how the jokes in KN could be read as offensive, Jacobson views humor and insult as two different things. “The unforgivable thing is to stir people up for the sake of it. Just being shocking to be shocking,” he said. “But too much self censoring is bad too.” Jacobson had described this balance as a “tight-rope walk” earlier on in the conversation, but really what it boils down to is entertainment. “I am a writer. I am in the entertainment business…I do not write to entertain one person. If I am getting bored, then the reader is also getting bored,” he said.

Some could accuse Jacobson’s joking as a backwards step for the progress of Jews fully assimilating, but he sees it differently. He said, “I am an English Jew fighting a battle you’ve won [Americans], but I don’t believe you’ve won.” In some sense Jacobson does not want to “win.” “It is terrific fun not feeling like you fit in properly,” he said.

This Thursday at 6 PM in Rome 771. All are welcome. Share on FacebookTweet

In anticipation of Michael Chabon reading at GW on March 23 at 7 PM (Jack Morton Auditorium, SMPA), I offer this piece that I composed back in 2006. I was in the third grade when I first read this book, and already suffering the changes, the horns, wings and tusks that grow on your imagination…

For most graduate students, getting a PhD will be their greatest recent accomplishment. However when Tariq Al-Hayder came to study at GW he was not only a teacher, but a published novelist as well. Originally hailing from Saudi Arabia, Al-Hayder taught English at King Saud University in Riyadh for a year. Whether in the classroom…

It is not uncommon to walk into college with one major and come out with an entirely different one and luckily for 2002 alumna Ayanna Jackson-Fowler, that major was English. Although Jackson-Fowler entered GW as a pre-Med major she quickly realized her real passion. She said, “I really enjoyed studying and creating literature. So, I…

On the occasion of the tenth anniversary of the attacks on 9/11, GW English student blogger and military veteran Joe Mancinik delivered some remarks for a ceremony on the Foggy Bottom campus of the George Washington University. This piece is about his experience. Before I knew it I had volunteered. Again. The first time I…

Here are two blogs by current GW students: one, two. Here is one from a former GW English major. Are there more? What else do GW English Blog readers read, and write? Share on FacebookTweet