I currently work in the Development Department at the International Gay and Lesbian Human Rights Commission, a fairly small, 15-staff person non-governmental organization (NGO) with headquarters in New York and regional offices in Buenos Aires and Johannesburg. Basically, I help to make sure that the organization can still operate financially, through any means p 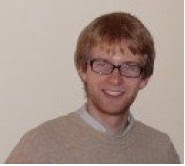 ossible – events, membership and major donors, foundation grants and corporate support. It’s a useful position to learn the ins-and-outs of the non-profit world, which, like DC, has a thriving industry in NY. Although my work doesn’t specifically relate to program areas, I’ve been able to get a unique vantage point on the functions of media, NGO advocacy and foundation funding as they combine to produce 21st century gay and lesbian citizens around the world. Most recently, one of my colleagues has become something of a media star following Iranian President Mahmoud Ahmadinejad’s claim at Columbia University that there are “no homosexuals in Iran.” It was a final research paper during Rachel Riedner’s freshman year University Writing Program class that started me doing research and writing on the lesbian, gay, bisexual and transgender (LGBT) identity and movement. I was perhaps intellectually nourished the most throughout my time at GW by a Cultural Studies reading group, loosely operating around the English Department, with Rachel, Bob McRuer, Dan Moshenberg and Todd Ramlow, as well as some fellow students. As a small group we were able to cover a lot of ground and foster something of an intellectual community in and around Rome Hall, in a way completely incomparable to the typical classroom experience.

Thanks for emailing, Jason. We wish you the best.

Caren Calamita graduated from the department in winter 2004 and is fondly remembered by her former professors. We caught up with her in China, from which she writes: I’m currently living in Zhengzhou, Henan Province, China, with my fiancé, teaching English to middle school students at a boarding school of 3000 students. Living and working…

I read in the Hatchet that this sly poem by Robert Frost was a favorite of Jon’s, and that he could at a very young age recite it from memory. I offer it here in his memory. Two roads diverged in a yellow wood, And sorry I could not travel both And be one traveler,…

Allegra Goodman Novelist Allegra Goodman will be reading at the Marvin Center Amptitheater at 7 p.m. on Thursday as a part of Prof. Faye Moskowitz’s Jewish Literature Live course. The class explores the works of a variety of contemporary Jewish-American authors and features them in class visits and public readings. Heralded as a “modern-day Jane…

José Muñoz is off to Berlin this week. But do not worry, our already much-loved Wang Visiting Professor in Contemporary Literature this semester is enjoying his time at GW, its just that his work has just been translated into German hence the trip. It is really no surprise that Muñoz is always traveling. He is…