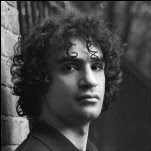 Renowned British author Nadeem Aslam will be the GW English Department’s inaugural British Council Writer in Residence during the fall 2007 semester. Beginning in mid-October, he will spend a month in Washington through a new program sponsored by the department and the council.

Mr. Aslam achieved international recognition with the publication of his brilliant novel Maps for Lost Lovers in 2004.

Look for more information on Mr. Nadeem’s residency on this blog in the future. For now, we offer the following short biography from Bookbrowse:

Nadeem Aslam was born in 1966 in Gujranwala, Pakistan. When he was 13 he had had a short story published in Urdu in a Pakistani newspaper. He came to Britain at the age of 14 when his communist father (a former poet and film director, now garbage collector and factory worker) fled President Zia’s regime and settled the family in Huddersfield, West Yorkshire. He went to Manchester University to read biochemistry but left in his third year to become a writer.

He sent the manuscript for his debut novel, Season of the Rainbirds, unsolicited to Andre Deutsch, who accepted it within 10 days. It was published in 1993 and won two awards. He was 26 when he began writing Maps For Lost Lovers in 1992, thinking it would take him 2 years to complete – it actually took him 11. During this time he lived on the award prize-money and various grants, living in a number of different UK locations – wherever he could find a place to stay.

Maps For Lost Lovers was published by Faber & Faber in the UK in August 2004 (USA publication by Knopf in May 2005).

He writes in longhand and says that sometimes a sentence will take a whole page of crossing out.” He says that the first chapter alone too five years to get right and the following story about Kaukab took seven months – but he then rejected it, keeping only 1 sentence of the 70 pages he’d written!

After two years he stopped writing the novel altogether in order to develop 100 page biographies of the main characters so that “I fully understood what this family was. Then I was six years into the writing and in deep financial trouble.” He laughs: “But it had to be done.”

He prefers to write in absolute isolation, draping the windows with black cloth and not going out for weeks at a time. He says, “I always think of the silence and the darkness of a root that enables the flower to grow.”….”The only time I’m ever fully alive is when I’m writing. When I’d finished this book, I felt like a cage from which the songbird is being removed. For a month I just didn’t know what to do.”;

Although culturally a Muslim, he describes himself as a non-believer and, due to money constraints, has not been back to Pakistan since leaving at the age of 14. However, he says that he was raised with a ‘feeling for the life of the mind’ and was urged by his father to ‘live a passionate life’ and not to worry about money. Aslam appears to live by these works as when he received a Royal Literary Fund grant he actually turned part of it down saying that he didn’t need that much!

When asked if he is apprehensive about how the Muslim community will receive his novel he answers, “Writers have always got into trouble with people who think they know the answer….there’s no message in my books. My writing is my way of exploring my own life and the workings of my own consciousness.”

He currently lives in north London.

Recently I was invited to give the Holloway Lecture at McDaniel College. Held once a year on a literary topic of wide interest, this lecture is a big event on campus. Students in a communications class have a competition to design the poster. English majors read work published by the speaker, and acquaint themselves with…

Today is the Critical Methods Symposium and Party! Come and see students (many of them English majors) present their work integrating cultural studies, critical theory, and literary analysis. This event was organized by Prof. Daniel DeWispelare, who (among other professors in the department) has taught our course on Critical Methods. We hope this will be…

We are proud to announce a panel for career paths for humanities PhDs on Thursday evening! This event features GW alumni, and we hope you will join us for what promises to be a great conversation. Succeeding Outside of the Academy: A Conversation About Career Paths For PhDs in the Humanities with Dr. Emily Dufton,…

Dear Faculty and Graduate Students: Don’t forget to mark your calendars for the  2016 EGSA Student Symposium, Border Crossings!  Friday, February 12th from   9 AM- 6:30 PM  Gelman 219   This year’s symposium features a cross-disciplinary smorgasbord of border crossings, from Historical and Economic exchanges to Crip/Queer crossings, Genre and Intertextual blending, and the power…