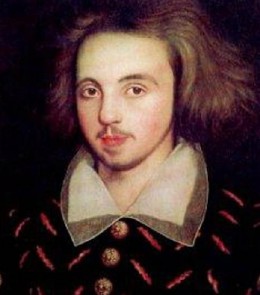 English Majors! There is still room in this great course for fall taught by Professor Katherine Keller.  It will, of course, fulfill a pre-1700 requirement … but it will also be one of the best courses you take with us.

Renaissance Drama
ENGL 3810.11
Tues/Thurs 11:10-12:25
Professor Katherine Keller
Shakespeare’s preeminent role in the early modern English theatre has unfortunately overshadowed the work of his extraordinary contemporaries.  Playwrights such as Thomas Kyd, Christopher Marlow, Ben Jonson, Thomas Dekker, John Ford and many others successfully and astutely created the theatre in which Shakespeare thrived. Their deconstruction of the human psyche, the human body, and the society and culture of Tudor and Stuart England provides us with an alternative and valuable perspective on their world.  Their plays explore our violent natures and reflect the violence of a society that publicly dismembered its outliers. They chronicle the rise of the middle class and England’s campaign to replace the Italian states as merchant to the world.  They allow us to view a monarchy already sensing the limitations on its powers.  As they dissected the world around them they also entertained and engaged their audience, creating a culture of theatre that has helped to shape our sense of the world.
We will read seven or eight of these seminal works and examine them through the lens of our time and their own.  If there are appropriate performances we will attend as a group.  Assignments will include papers and essay exams, and, if class size permits, some group work.

From today’s Hatchet, a piece on Prof. Robert McRuer’s innovative new class by Gabriella Schwarz: Most field trips for GW classes require a Metro farecard, but passports were necessary for 13 students in an English course this fall. The class, “Transnational Film Studies and LGBTQ Cultures,” taught by professor Robert McRuer, went to the Czech…

Professor Jane Shore discussed Elizabeth Bishop’s poem “One Art” on NPR’s show Marketplace. You can listen to the program and read a transcript here. The beautiful poem is below. “One Art” by Elizabeth Bishop The art of losing isn’t hard to master;so many things seem filled with the intentto be lost that their loss is…

We are thrilled to learn that Howard Jacobson, who was in residence at GW last spring through a joint program with the British Council, has won the 2010 Booker Prize. Congratulations to Howard! Share on FacebookTweet