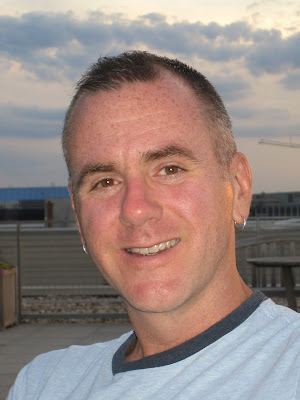 This award is given annually by the Gay and Lesbian Caucus for the Modern Language Association. The judge’s report on Crip Theory declares:

The members of the Committee were especially impressed by McRuer’s original intervention in the area of queer studies, one that not only sheds light on the important new area of disability studies, but brings it into conversation with a variety of disciplinary perspectives, from composition studies to performance art. McRuer’s book combines the public and the private work of queer studies in surprisingly new ways.

Some information on Alan Bray may be found here. Congratulations, Robert!

The faculty of the English Department of the George Washington University welcomes all of our students to campus and to class. Best wishes for a very successful year. Share on FacebookTweet

In the comments to this post, Sasha wrote: Why can’t this come true? JJC, can we start some big petition for a student run, GW affiliated coffee house? Is there really any way of making this happen? … Jokes aside, is there really any of petitioning the school to allot some money toward turning fishbowl,…

Denise Duhamel, a terrific and prolific poet, will be reading at GW on Monday evening at 7:30 p.m. in 1957 E Street, Room 213. The reading is the final event of the Jenny McKean Moore series this year.   Duhamel is the author of numerous books and chapbooks of poetry, including Ka-Ching!, Two and Two, Mille…

Several faculty members in the English department also serve on the Judaic Studies Committee. We would like to bring this important conference to your attention. The Judaic Studies Program at the George Washington UniversityInvites You to a Conference The Future of Zionism: Looking at Israel in the 21st Century Keynote Lecture by Tom Segev“1967: Israel,…