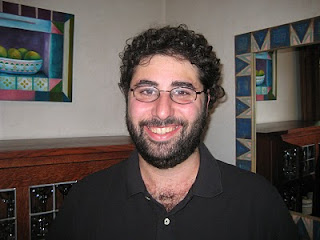 English majors are everywhere. They work in the public, private, and non-profit sectors. They work in business, law, public relations, government, development, criminal justice, healthcare, IT, and education. Occasionally they even become English professors.

Alum Michael Bennett is one of those GW English majors who decided he hadn’t had enough after earning his BA in 2002. “I loved college so much,” he wrote in a recent email, “that I never wanted to leave.” Directly after GW, he began an MA/PhD program at the University of Massachusetts, Amherst, receiving his PhD in English in 2009. (For those of you who know about what academic administrators refer to as time-to-degree,” a gap of 7 years between the BA and a PhD in humanities is rather respectable.)

After grad school, Dr. Bennett taught at the University of Hartford and in March, he was hired as Assistant Professor of English at the University of Wisconsin-Whitewater, where he’ll primarily teach modern drama. He is editing a collection of essays on Oscar Wilde’s play Salome and recently published an essay on Tony Kushner’s play Homebody/Kabul in the journal Rhizomes. According to Michael, three of his published articles resulted directly from work undertaken in undergraduate classes at GW. For example, a piece on Jorge Luis Borges’s “The Library of Babel,” was written, revised, completed, and submitted during his senior year under the supervision of Prof. Robert McRuer.

Michael has advice for English majors considering the PhD. “Times are tough: there is no denying it,” he writes. “If you are thinking about going into academia, know the odds” of landing a tenure-track position in your field. “

My first class after 9/11 was Prof. Cohen’s “Chaucer.” He started class, as he commonly does, with a handout. This particular handout was the Old English poem, “The Wanderer.” The poem is about an exiled warrior who remembers his past glories and meditates on his current sorrows. A day after 9/11, everyone felt like wanderers (and many students shed tears while reading this). However, by Prof. Cohen sharing this with us, we were a community of wanderers: enabling us to emotionally and critically investigate why we and so many people who are deprived in this world feel like wanderers, without a tribe or a place where we can love, be loved, strive, and succeed.

And he describes how, during his junior year studying abroad in Seville, Spain, he made the decision to pursue a PhD:

At the time, I wanted to be an elementary school principal. One night, sitting outside at a Flamenco bar with about seven fellow Americans in my study abroad program, someone brought up (very randomly) how much he hated Beowulf. I asked why, since I loved it in a class taught by Prof. Combs my freshman year. He said he hated that his professor made the entire story about the symbolism of the phallus. I proceeded to tell him, and the seven or so other American juniors, everything that Prof. Combs’ taught us about Beowulf. When I finished, this same guy said to me (and the sentiment was echoed by everyone else who was there), “I wish my English professor taught it to me like you just taught it to me. I would have liked Beowulf.” So from that point on, largely thanks to those couple of classes taught by Prof. Combs my freshman year, I decided to become an English professor.

We wish Prof. Michael Bennett all the best as he embarks on this next phase of his academic career.

Thanks to Michael for sharing, and look for more GW English alumni news in the debut issue of our fall newsletter, which should be arriving in inboxes in September.

Both these classes are taught by Professor Jennifer James. 185. 10 TR 12.45-2Slavery, Memory and History in Black Women’s WritingThis course explores how black women’s literature of the 20th and 21st century recalls and revises the memory and history of slavery in the Carribean and the U.S. The readings will range from fiction and memoir…

The summer has flown by, like it always does. As I arrived at the office this morning, I saw students wearing bright yellow “Volunteer Movers” t-shirts, and I noticed a bit more traffic in the Academic Center elevators. (One benefit of summer: press “7” and you get an uninterrupted ride to the English Department.) Personally,…

The office of department chair yields much fodder for complaint: the hours can be long (yesterday I arrived on campus at 7:15 AM, and wasn’t home until 9:00 PM), the paperwork an endurance test, personnel issues can mount, deadlines come like piranha schools and nibble your soul to its skeleton, the tiny aggravations can accumulate…

To mark the beginning of June and as a nod to our 2009 graduates, this week GW English News will feature a five part interview with alumnus Mark Olshaker. A 1972 graduate of the English Department, Olshaker has put his B.A. in English to good use as a writer, filmmaker, and self-proclaimed dilettante who has…

On Thursday April 24 Kathleen Biddick will be coming to GW as part of our Medieval and Early Modern Studies Seminar. She will be speaking on “THE POLITICAL THEOLOGY OF THE ARCHIVE: REFLECTIONS ON A PROJECT.” All are welcome. A professor of history at Temple University, Kathleen Biddick is the pathbreaking author of The Shock…