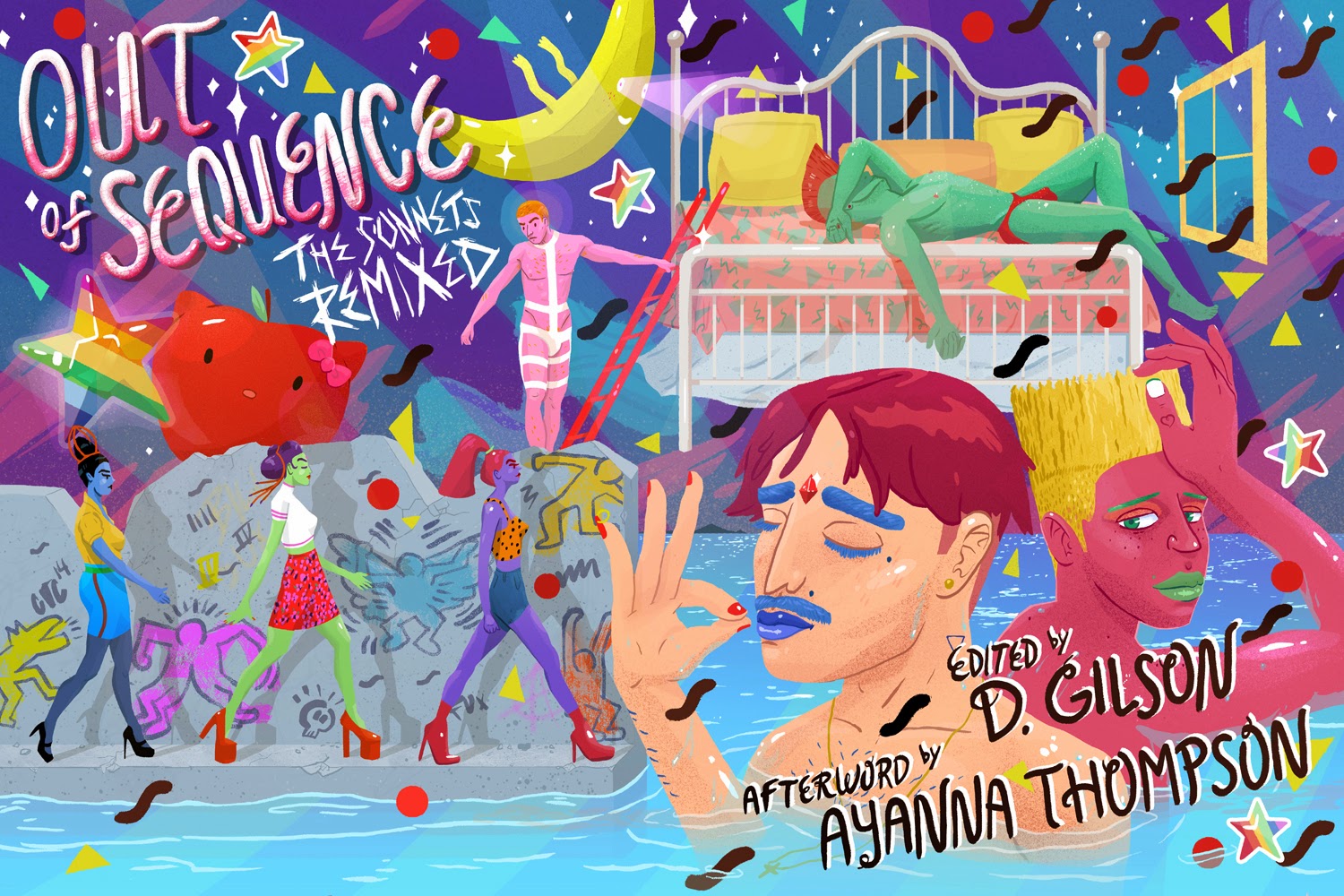 For the last year, PhD student D. Gilson has been soliciting poems, essays, and artwork for a special collection from the academic journal Upstart: A Journal of English Renaissance Studies. In fact, this collection, titled Out of Sequence: The Sonnets Remixed, brings together 154 writers and artists responding to Shakespeare’s Sonnets. Gilson explains, “After reading the Sonnets in Robert McRuer and Holly Dugan’s queer theory seminar, I started thinking about how these famous verses might influence us today, or how we might, as both writer/artists and scholars, respond to them in the twenty-first century.” The result is a multi-media feast for those interested in Renaissance poetry and contemporary literature alike.
The GW English Department is represented well in the collection. In addition to an afterword by Professor Ayanna Thompson, Out of Sequence includes Professors Jonathan Hsy and David McAleavey, and PhD students Maia Gil’Adi, Sam Yates, Patrick Henry, and Dora Danylevich. In her afterword, Professor Thompson points to the entries in Out of Sequence as a “performance piece that work to create a queer community with Shakespeare at its center, but their Shakespeare remains fully dead and voiceless. Nonetheless, the poems’ performances of queer desire imagine and create a Shakespeare as he might have been had he lived today. Remixing, then, releases the past (even the desire to experience the past, or “to speak with the dead”) in order to experience the present more fully, vibrantly, and complexly.”
Speaking about the motivation behind such a project, Gilson contends, “I am most interested in tearing down that binary between the creative and the critical, not negating one over the other. A creative writer can think critically, and the academic can be creative.” This is evident in entries where scholars write poems, or poets critique Shakespeare’s work in their own lives. Or where Shakespeare is imagined using Twitter, having threesomes, and listening to Paul Simon. Available in print later this fall from Parlor Press, you can check out the online edition of Out of Sequence: The Sonnets Remixed here at Upstart .

Vinod Busjeet This year the Washington DC Jewish Community Center challenge was to write about a major world event that had an impact on your life.Vinod Busjeet has been named the winner of the  Hyman S. and Freda Bernstein Jewish Literary Festival Community Prize in the over 18 category.  Busjeet is currently a proctor in Faye Moskowitz’s Advanced…