Please join us this Wednesday, April 6th, at the GW Textile Museum to hear Professor David McAleavey read from his new book of poems, Rock Taught. 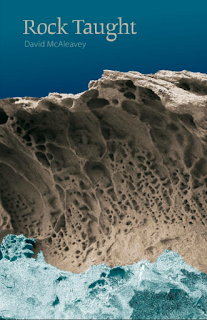 Rock Taught is Professor McAleavey’s sixth book of poems, preceded by Sterling 403; The Forty Days; Shrine, Shelter, Cave; Holding Obsidian; David McAleavey’s Greatest Hits 1971-2000, and Huge Haiku. His new work has  just been released by Broadkill River Press, a regional small press headquartered in Delaware. Many of the poems in this new collection have been published in literary journals, including The Georgia Review, Antioch Review, and Epoch, among other places both in print and online.

Says McAleavey, “While my previous book, Huge Haiku (Chax Press, 2005), was a large – over 300 pages! – sequence involving lots of formal experimentation, the poems in this new book work out from modes I had undertaken in two books prior to that, namely Shrine, Shelter, Cave (Ithaca House, 1980) and Holding Obsidian (Washington Writers’ Publishing House, 1985).  It is quite a various collection of poems, some set in Greece, others in California, others in Kansas; in some, the speaker is the father of young children, and in others he is alone with a skunk in the north woods.” 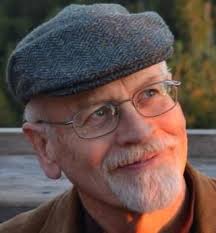 Professor McAleavey, who received both his PhD in English and his MFA in Creative Writing from Cornell University, was the recipient of the GW Award, the highest honor for service to the institution, and has additionally published over 120 poems and prose poems published in more than 70 different journals, including  The Georgia Review, Poetry Northwest, Denver Quarterly, Poet Lore, Hampden-Sydney Poetry Review, diode poetry journal, Innisfree, Praxilla, Waccamaw, Epoch, Poetry East, and American Letters & Commentary.

Praise for Rock Taught:
“[W]e wander through the poet’s life, follow him on his “daily route” to work, or into an abandoned house, or on his visits to a museum in Germany or a strip club in Harlem.”
-Dana Roeser, former  Jenny McKean Moore Writer in Washington

( Professor McAleavey says, “Actually, I never actually visit a strip club in Harlem, but there is a “loose crown” of fourteen unrhymed sonnets that responds to Claude McKay’s poem, “The Harlem Dancer” – and some of the sonnets in that sequence clearly do imagine a strip club.”)
“[The sequence is] sexually frank… filled with the backstories of exploited women and the men who observe them… “chillingly emotional,” [and alternatively] “full of humor and warmth.””
-Poet Terence Winch (also a well-known Irish musician)
The book can be ordered directly from the publisher’s website (http://www.thebroadkillriverpress.com/), and will also be available for purchase at the reading. (Unfortunately, the press is hostile to Amazon, so online purchases really do need to be made through the press’s website.)

Professor Jonathan Hsy has been awarded the first Writing in the Disciplines (WID) Distinguished Teaching Award.  In her announcement of this new and prestigious award, Professor Rachel Riedner of the University Writing Program and Women’s Studies wrote, “I am very pleased to announce that the winner of the Writing in the Disciplines Distinguished Teaching Award this year is Jonathan…

The English Department is thrilled to announce that Alexa Alice Joubin will be joining the English department this fall as Associate Professor. Alexa, who was educated in Taiwan and received her PhD from Stanford, is an internationally recognized expert on Shakespeare in Asia, Shakespeare and performance, and digital humanities. Her monograph, Chinese Shakespeares: Two Centuries…