This year’s departmental nominees for the university-wide Distinguished Scholar Award were Kelsey Grashoff and Joanna Falk.   Both Kelsey and Joanna are honors students, producing significant work within the fields of masculinity studies and the poetry of Sylvia Plath.  Both have taken on challenging courses within and outside of the department; both have drawn on various disciplines in their cultural analyses. 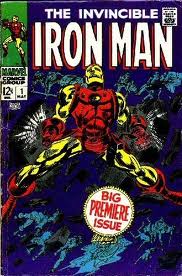 Kelsey worked with Professors Kavita Daiya and Antonio López on an Honors thesis titled “Performing Masculinities: Queer Subversions in Iron Man Comics, 1963-2008.” It examined the representation of queer and normative masculinities in Iron Man Comics.  The thesis makes an important contribution to the fields of American popular culture and gender studies, insofar as it complicates recent understandings of how comic book cultures represent normative conceptions of American masculinity.  Exploring several narrative arcs in the series historically, spanning sites as far apart as Vietnam, Afghanistan and the United States, Kelsey’s thesis persuasively argues for a more complex understanding of the queering of masculinity in Iron Man comics. 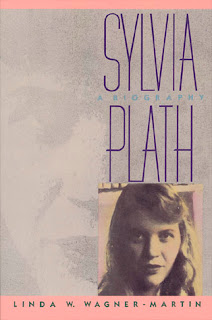 Joanna worked with Professors Margaret Soltan and Antonio López on “Clearing a Path to Plath: Exploring the Effects of the Plath Reader Stereotype and Dispelling Inherited Plath Memes.”  Joanna considers the various forms of Plath-mythologization which have tended to obscure the sheer literary value of her poetry and prose.  She looks at reader response, feminist, and psychoanalytical approaches to Plath, and contributes to the important effort to see Plath as a poet first, rather than as an icon.
Along with their challenging intellectual commitments, both have found time to contribute not only to GW’s campus culture, but to the larger world.  Joanna has established a summer camp for children with cancer; working with academics from institutions all over the United States, Kelsey has given her time and talents to the American Writers Museum Foundation.
The department congratulates Joanna and Kelsey for having been two out of twelve nominees from GW’s senior class across campus for this important award.  We are proud of their remarkable accomplishments, and we look forward to following their impressive careers in the years to come.

Congratulations to Samsara Counts, winner of the Citizen Day poetry contest!  Citizen Day was held in honor of Claudia Rankine’s visit to GWU as a call for students to write about what it means to be “citizens” at GWU in a time of political/racial polarization.  The Citizen Project emphasizes the importance of creating a space where student…

GW English Professor Margaret Soltan has provided some commentary for Newsweek on the Martin Shkreli case.  Shkreli gained notoriety this year for dramatically increasing prices (by more than 5,000 percent) on life-saving drugs one his pharmaceutical company gained the license to those drugs.  Shkreli is now facing criminal charges related to fraud and tried to…

Professor James A. Miller in his English Department office The English Department is mourning the loss of Professor Jim Miller, our colleague, teacher, mentor, and friend, who died on June 19, after a year-long battle with cancer.  Jim was a highly-respected scholar and beloved teacher in English, American Studies, and Africana Studies whose work focused on…

For the past month or so, the English Department has been a flurry of boxes, files, and books as we’ve moved from the 7th floor of Rome to the 6th floor of Phillips. The move has made the location of the English department far more cohesive, with all the professors and offices now on one…

Friends of GW English know that our community is collegial; what you might not have known is that we also have lots of drama in Rome Hall. ACT I. Collaboration is a wonderful thing The Shakespearean International Yearbook Volume 11: Special issue: Placing Michael Neill. Issues of Place in Shakespeare and Early Modern Culture is now…