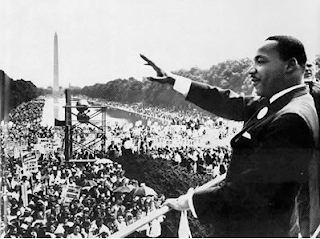 Today’s students might not think much about it, but African American literary studies as an academic discipline was institutionalized through the Black Freedom Struggles of the 1960s and 1970s. Of course, scholars had been studying African American literature before King’s assassination in April 1968, but his tragic death made Black literary studies, and Black studies generally, a matter of even greater urgency. Young college activists protested and occupied campus administration buildings to demand that curricula change and that Black students and faculty members find fuller representation on campus. They conducted research for courses and conducted their own teach-ins to educate each other. African American writers, including many associated with the Black Arts Movement, played important roles in these struggles.

GW’s English Department has a very strong program in African American literary and cultural studies. And last year, the College announced that Africana Studies, long a minor, would be a major under the direction of English Prof. Jennifer James. None of these options would have been possible without the struggles for which we remember Martin Luther King Jr. today.

Was it T. S. Eliot who wrote “February is the shortest month / Mixing brevity with terseness / Except when leap year adds a day”? I believe it was, and to my colleagues and our students the month seemed brief indeed, so enamored of Nadeem Aslam are they. Nadeem is the inaugural GW-British Council Writer…