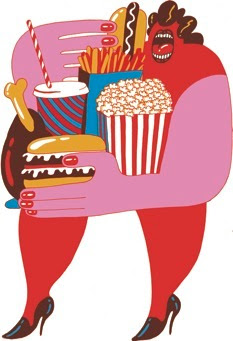 The Fat Studies Reader, a collection of essays to which GW English graduate student Julia McCrossin contributed a piece, was mentioned in a recent New Yorker article:

So what’s wrong with putting on an extra pound, or ten pounds, or, for that matter, a hundred and ten? According to the contributors to “The Fat Studies Reader” (forthcoming from New York University; $27), nothing. The movement known variously as “size acceptance,” “fat acceptance,” “fat liberation,” and “fat power” has been around for more than four decades; in 1967, at a “fat-in” staged in Central Park, participants vilified Twiggy, burned diet books, and handed out candy. More recently, fat studies has emerged as a field of scholarly inquiry; four years ago, the Popular Culture Association/American Cultural Association added a fat-studies component to its national conferences, and in 2006 Smith College hosted a three-day seminar titled “Fat and the Academy.”

Among the founding principles of the discipline is that weight is not a dietary issue but a political one. “Fat studies is a radical field, in the sense that it goes to the root of weight-related belief systems,” Marilyn Wann, who describes herself as five feet four and two hundred and eighty-five pounds, writes in her foreword to the “Reader.” Kathleen LeBesco, a communications professor at Marymount Manhattan College and another contributor, has put it this way:

Fat people are widely represented in popular culture and in interpersonal interactions as revolting—they are agents of abhorrence and disgust. But if we think about “revolting” in a different way . . . in terms of overthrowing authority, rebelling, protesting, and rejecting, then corpulence carries a whole new weight as a subversive cultural practice.

According to the authors of “The Fat Studies Reader,” the real problem isn’t the sudden surge in obesity in this country but the surge in stories about obesity. Weight, by their account, is, like race or sex or bone structure, a biological trait over which individuals have no—or, in the case of fat, very limited—control. A “societal fat phobia,” Natalie Boero, a sociology professor at San Jose State University, writes, “in part explains why the ‘obesity epidemic’ is only now beginning to be critically deconstructed.”

Undeniably, the fat—the authors of “The Reader” are adamant advocates for the “f” word—are subject to prejudice and even cruelty. A 2008 report by the Rudd Center for Food Policy and Obesity, at Yale, noted that teachers consistently hold lower expectations of overweight children, and that three out of five of the heaviest kids have been teased at school. The same people who are repelled by racist or misogynistic humor seem to feel that it is perfectly acceptable to make fat jokes.

For alumna, Katy DiSavino, being a playwright was not really a choice, it was in her blood. As the daughter of parents who own a theater in Lancaster, Pennsylvania, DiSavino has been acting since she was child. Determined to breakout of theater once she went to GW, DiSavino sat her parents down for the long…

This spring the English department is happy to have ENGL 3810:12 Jewish Literature Live once again! The class is an innovative, hands-on experience where students read and then meet authors and ask them questions about their work. In the past, the class has hosted Erica Jong, author of the break-through novel Fear of Flying, as well as Nicole…

I know I talk and write about this issue a great deal: I am passionate about it, because it is so central to my department’s mission and future.  The English Department has everything in place to be the envy of the Ivy League: excellent undergraduate majors, a world-class faculty whose research and creative work are…

Professor Margaret Soltan has just returned from Nashville, where she covered the annual convention of the NCAA for the online newspaper Inside Higher Education. Soltan, who attended Northwestern University’s Medill School of Journalism, was delighted to be a member of the press corps, and especially delighted to take part in a press conference, during which…