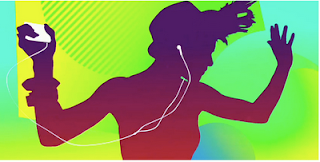 This just in from Joseph Fisher, who earned his Ph.D. in English in May 2007:

Since earning his degree, Joe writes, he has been “purchasing music in massive quantities—something I had to curtail during my years in graduate school. I have also used the very modest amount of spare time I have been granted since emerging from the Gelman cubicles to begin honing my skills as a music studies scholar, which is an interest I’ve had since (at least) my undergraduate years, when I worked briefly as a music reviewer for my college newspaper.”

Joe’s article on the rise of MP3 culture, “Loneliness Is a Cool iPod. . . Happiness Is a Warm Album Cover,” recently was published on PopMatters.com. “Though I do proudly own an iPod,” Joe writes, “I am suspicious of the way that the contemporary music media have almost universally idealized the distribution of MP3 files at the expense of cassettes, CDs, and other “outdated” physical mediums (not vinyl, of course!). Though I acknowledge that the article has some fairly pronounced Luddite overtones, I certainly won’t complain if any of this blog’s faithful readers decide to Tweet, or Facebook, or Share the article!

Joe has also been collaborating with Brian Flota, another GW English Ph.D., and currently an assistant professor at Oklahoma State University, on an anthology about the politics of post-9/11 music. In a former blog post on their collaboration, Joe and Brian described themselves as “two of the department’s most handsome students.” (This blogger will not offer additional commentary, except to note that the English Department has a high percentage of handsome people among its faculty, staff, graduate students, and majors.)

Joe, whose dissertation on addiction narratives engaged with core issues in disability studies, is currently a Learning Specialist at GW’s Office of Disability Support Services.

Prof. Patty Chu will be giving a lunchtime lecture titled “Narratives of Return: An Asian American Photographic Odyssey,” at the National Gallery of Art on Monday, May 17. The talk will be in the East (I.M. Pei) Wing, Small Auditorium, at 12:10 and again at 1:10. It runs 30 minutes, with time for Q&A. Here…

The following is taken from Tayari Jones’s recent essay “Symbolism and Cynicism,” published in The Believer: The irony is that those who would opt out of Black History Month share the goals of its founder. Although many black people grumble that it is not their responsibility to educate white people about our worth, most would…

Here is the tentative schedule for the spring meetings of the GW Medieval and Early Modern Seminar (or GW MEMS, as we like to call it). The seminar is open to anyone who is interested in attending. Anyone not on our email list who would like to be may contact the seminar’s rapporteur, Lowell Duckert…