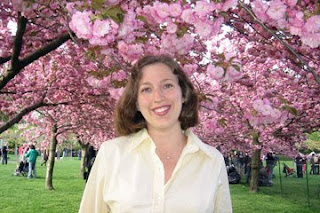 Many authors’ works are autobiographical, but Dara Horn is glad her own life does not inspire her novels. “I’m happy my life would make a crappy book. You don’t want to live the kind of life that would make a great novel,” she said during her visit to JLL yesterday. However, just because Horn’s novels are not taken from her quotidian life does not mean that they are irrelevant to contemporary society. You may be confused here for Horn mostly writes historical fiction, yet her reason for writing historical fiction may not be what you expect. She said, “Books are about the time in which they are written, not the time in which they take place.” Her latest book All Other Nights, a Civil War espionage drama, was inspired by the polarization in the US today. “It’s impossible to talk about current events without knowing other people’s opinions already or being willing to get into a fight,” she said. Horn noted how many of the political divides today, such as red and blue states, are remnants of the Civil War.

More importantly, the Civil War offers a degree of moral ambiguity that Horn found fascinating to write about. “I find it boring to write about the Holocaust. In fiction it’s like shooting fish in a barrel. You have your good and evil,” she said. “I was interested in the ambiguities of the Civil War.” There is no question that the Confederacy did deserve to lose the Civil War in Horn’s novel, but she was interested in exploring the individuals found on both sides of the war. Horn’s book is unique in the popular genre of Civil War novels. “Civil War literature falls into one of two categories. The largest and most popular category is the novel about nostalgia for the old South. Other Civil War literature shows the horrors of slavery,” she said. “I was interested in showing something that had to do with humanity on both sides.”

Horn had to be very specific in choosing the right type of character to explore both sides and this character had to be Jewish. Horn stated how most Americans during the Civil War led agrarian lives that did not include much travel, but the American Jewish community was different. She said, “They were running businesses, and you cannot run a business in one place. You need to network. Their lives were similar to Americans’ today so they were much easier to relate to. They knew people across the country.” Horn’s protagonist Jacob Rappaport is the son of a Jewish businessman, and it is only because of his father’s business connections in the South that he is able to spy for the Union during the war.

Jacob is not just a Jewish spy though; he is a direct incarnation of Jacob from Genesis,according to Horn. Horn uses Jacob to express the emancipation story in the Bible, within America. She found some parallels between the two identities. “Jewish and American culture are based on the rule of law. America has the Constitution and Jews have the Torah. But there is a very important difference in the way they view time and identity,” she said. “The myth of identity in America is that your parents don’t matter, you can create your own identity. But Judaism says all Jews were at the bottom of Mount Sinai, so all Jewish identity is drawn from the past and American identity is drawn from the future.” Horn believes the two cultures can blend though. She said, “I wanted to express the purpose of freedom in this country. The freedom to create your own destiny. Freedom is about having the ability to freely choose your obligations.” This is hard lesson for Jacob to learn, but one that he finally comprehends by the end of the gripping novel.

Horn is not trying to combine Jewish and American culture in just this novel, but all of her writing. A self-proclaimed dork, Horn is an academic before a writer; she has a Ph.D. in comparative literature, with concentrations in Yiddish and Hebrew. Naturally this interest in Jewish languages led to an interest in literature when she was a teenager. “I was curious as to what happens to the interaction [between Judaism and literature] in modern literature,” she said. At the time the only author that focused on this intersection between the two worlds was Cynthia Ozick, but Horn was determined to delve into this type of literature herself. She said, “I started writing novels in English as if English were a Jewish language.” Horn takes the language in her books from ancient Biblical stories as you can note from her current novel. Horn’s main goal is to, “take Jewish texts and write them for an American audience.” From her novel, I can say she has succeeded in this.

Congratulations to Prof. Tara Wallace, whose book Imperial Characters: Home and Periphery in Eighteenth-Century Literature is now out in print from Bucknell University Press, in its Studies in Eighteenth-Century Literature and Culture series edited by Greg Clingham. During the long eighteenth century, Britain won and lost an empire in North America while consolidating its hegemony…

Former featured alumnus Jon Williams sends this picture from his celebration of Mardi Gras. We publish it without comment. We love hearing from you! Drop us a line — or an image — at chair@gwu.edu Share on FacebookTweet

What influences poet Ed Skoog? Really, the question should be where is Ed Skoog influenced. Skoog, the newest Jenny McKean Moore Writer in Residence, may be in DC right now, but whose to say where he will be next fall. Even he does not know or want to know. “I don’t want to pick a…