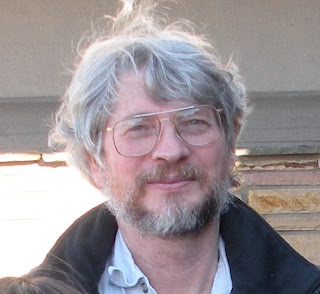 English is said to overlap with many other disciplines: American studies, theater, linguistics, and more. But how about psychology? Maybe this would not be your first connection, and even Marshall Alcorn is not the first to claim that the two subjects go together. Our Director of the English Undergraduate Studies, Director of Human Sciences, and popular critical methods professor is also a psychoanalyst. He notes that reconciling the two fields is “challenging.”

Psychoanalysis has always been an interest for Alcorn. As an undergraduate, he volleyed from major to major, eventually graduating with a B.A. in psychology because it allowed him to graduate early. Graduating early was imperative because Alcorn was drafted, but he applied for the Peace Corps before his number was drafted and instead of being sent off to be in the military he was sent to India. His experience in the Peace Corps has been a defining experience in his life. “We had a severe drought in my last year and it was a traumatic situation for me to be in,” he said.

When Alcorn returned to the United States, he found himself at a loss for what to do. For a year he worked at a nursery in Oregon and applied to graduate schools. The first program he found combined psychology and world literature, but eventually he transferred to Vanderbilt to get his M.A. in English. From there on out he focused mostly on English, finally getting his PhD at University of Texas at Austin. Psychology was still very prominent in Alcorn’s work, however. Although he admits that as an undergraduate he thought Freud was “insane,” Alcorn later found significance in his work Mourning and Melancholy, leading him to his dissertation. He said, “My dissertation was on narcissism. Narcissism is related to loss and denial.”

Because of Alcorn’s work in psychology, he was introduced to clinicians when he first moved to DC. Thus Alcorn’s dual life in psychoanalysis and English really started. In 1994 he co-founded, with Mark Bracher, The Association for the Psychoanalysis of Culture and Society, which continues to publish the journal Psychoanalysis of Culture and Society. In 2002 he began psychoanalytic training with the Washington Psychoanalytic Institute and graduated in 2006. He describes the journal as one that “explores these issues [psychoanalysis and culture/society]. It represents a community of scholars that publishes a synthesis of these issues.”

Alcorn’s involvement in the field does not stop here. Together with two psychiatrists, Arthur Blank Jr. and Anton Trinidad, as well as Catherine Erskine, a board member and Treasurer of the Washington Center for Psychoanalysis, he is organizing the Washington Trauma Conference. The conference runs from March 4-6 in the Marvin Center. With various speakers including Bruce Perry, Howard Steele, and other famous analysts, the conference intends to explore the effect of trauma on people. Trauma is, “these catastrophic events that have tragic effects on people. It does not matter what your politics are, everyone responds to trauma,” said Alcorn. The conference hopes to look at trauma from a different perspective, focusing on psychological narratives.

Clearly Alcorn is looking forward to the conference. He and a few of his English colleagues will be involved in the actual panels. Jane Shore will talk about trauma and creative writers in a plenary panel and Evelyn Schreiber will talk about her research on trauma in Toni Morrison. For his own panel, Alcorn will “be representing the thinking in humanities departments on trauma.” The conference will potentially produce a book. “We hope to collect some of the essays,” he said. Even if we do not get a chance to read the essays, we look forward to the conference!

This just in from Joseph Fisher, who earned his Ph.D. in English in May 2007: Since earning his degree, Joe writes, he has been “purchasing music in massive quantities—something I had to curtail during my years in graduate school. I have also used the very modest amount of spare time I have been granted since…

It’s that time of year, we know. We see it in your faces: worn out, sleep deprived, pale. We see how red your eyes are from peering at the computer screen, and that your fingers are turning into little nubs because you’ve been pounding at the keyboard. Your blood has more caffeine coursing through it…

Matt Fullerty, a graduate of our doctoral program, writes that he has won an unpublished novel competition. All the details are at the Bookhabit website, which includes a review of the novel by Geoff Cush and a link to an interview. The novel is called THE PRIDE AND THE SORROW and was sent to UK…

Now that you’ve been filled in on the life of Jenny McKean Moore, it’s time to meet this year’s Writer-in-Residence! Come out this evening to hear Tilar Mazzeo as she reads from her forthcoming book The Secret of Chanel No. 5: The Intimate History of the World’s Most Famous Perfume. The event begins at 8…