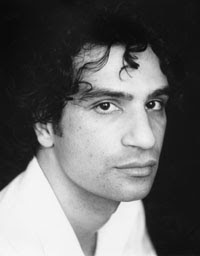 We are pleased to announce that Nadeem Aslam’s visa has been granted, and that the GW-British Council Writer in Residence has been rescheduled for Feb. 1-29. Mark your calendar now for the evening of Feb. 7, when Aslam will read from his work at the Marvin Center. Details will follow, along with a complete list of the events we are scheduling.

We will also sponsor a one credit reading course in which interested students will read three novels with Aslam and write a very short paper. This is a once in a lifetime opportunity. The course will meet three or four times over a three week period, most likely on a Tuesday evening. If you are a GW undergraduate English major who applied in the fall and are still interested, please let me know and we will reactivate your application. If you did not apply then and would like to now, compose a one paragraph statement about why you would like to take the course and send it to me by Friday December 14.

Watch this space for more information about the GW-British Council Writer in Residence. For more on Maps For Lost Lovers, see the small essay below, reprinted from the Faber website.
——————

The book can be seen as an overview of race in Britain over the past 50 years. During the writing of it I lived in various cities and towns but always within the Asian neighbourhoods – the air there seemed rich with relevant stories, so much so that at times I felt that all I had to do as a writer was to provide surfaces for those stories to coalesce onto like dew on the petals of a flower.

But really there is no message for others in the book. Writing is my way of understanding my life, my place in the world, and the workings of my consciousness. If my writing is of value to anyone else then it’s simply because I am an ordinary man, one of billions – if something is true of me then there is a very good chance that it is true of others also. But there is no conscious attempt to be universal or relevant.

A year or so into the writing of the book I realised that it needed to be bigger than I had planned. So I stopped working on the forward thrust of the narrative and began working instead on exploring the characters. I wrote a 100-page biography of each of the main characters. This took four years, and only then did I begin thinking again about the storyline. I used only about 20 pages from each biography, but it was important to have written the other 80 pages, to have understood the characters in this manner.

I am a Pakistani man living in Britain like the characters in the novel, so there will inevitably be questions about which part of the book is autobiographical. I always think of an apple tree – a stock and a graft. The stock – the bit with the roots, the bit that draws water and nutrients from the soil – is my life; and the graft – the sections that produces flowers, fruit, that is home to birds and insects – that is the novel. Both bits are dependent on each other.

This new book continues the work begun in the first novel: the themes – the struggle between Islam and modernity, the place of women and minorities in Islamic societies – are the same. The territory is the same: this book is just a flag of a deeper colour.

The book does have a strong Muslim component to it: although I am not a believer, I am culturally a Muslim – grew up looking at Persian paintings, read Urdu ghazals, listened to stories about Muhammad from my mother while falling asleep as a child. The book in many ways is about the classic theme of Islamic literature: the quest for the beloved. The book wouldn’t be what it is without 1001 Nights, the Koran, Bihzad.

Walking around Ground Zero last year the friend I was with asked me how I felt. Being there made me feel angry and disappointed with myself. Had I, as a human being and as a writer, done enough to expose and condemn the smaller-scale versions of 9/11 that go on in Islamic societies every day? If me and people like me had acted earlier, discouraged and prevented those smaller crimes, then perhaps the criminals wouldn’t have had enough strength and opportunity to plan and execute the mass murder of 9/11.

I had to exist hand-to-mouth for eleven years in order to write the book but I was able to do it because my father – who comes from a politically-inclined bohemian family in Pakistan – had taught us from a very early age to loathe money, so it has never in my life bothered me that I don’t have money (and the things it brings) as long as I am doing something that is spiritually rewarding. In the final stages of the novel I had to ask the Royal Literary Fund for financial help – and I turned down part of the money they were offering me. I took what was enough to keep me writing the novel, wasn’t interested in having money.

An age seems to have passed since I began the book. I feel like Rip van Winkle – I am using e-mails and text messaging to locate and contact friends from my earlier days, all this was very rare eleven years ago. It’s seeped into everyday life slowly over the last decade, but I had removed myself from the world in order to write my novel so to me it’s very sudden and very disorientating.

According to Howard Jacobson, being a British Jew is always a struggle. Especially when you arrive in Washington on the very last international flight to Dulles last Friday and then find yourself stuck in your hotel for six days. Jacobson joked he was beginning to wonder if GW even existed since all he had seen…

Today’s Martin Luther King Jr. holiday is an occasion for national service, especially here in DC, where GW undergrads will be giving their time to various organizations and efforts. But the holiday is also an occasion for reflection. Today’s students might not think much about it, but African American literary studies as an academic discipline…

Max Ticktin, Professor of Hebrew Language and Literature at the George Washington University, is the scholar in residence at Adas Israel March 20-22. He will be introduced by the English Department’s own Faye Moskowitz. Information here, or click on the image at left. Free. Share on FacebookTweet

Spring break has officially started (although some of you left yesterday, I’m jealous). Just because you plan on taking a week off from Geoffrey Chaucer and James Joyce, doesn’t mean you should stop reading. It’s time for “pleasure reading”! Maybe those words seem foreign to over caffeinated English majors who pound out more papers than…