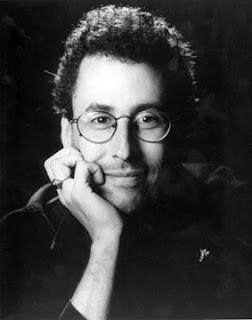 You have likely been hearing a great deal about playwright Tony Kushner lately, as he is the screenwriter for Steven Spielberg’s new film Lincoln, starring Daniel Day Lewis.  Kushner rose to prominence two decades ago, when his play Angels in America: A Gay Fantasia on National Themes, won the 1993 Pulitzer Prize for Drama.  Angels in America is a play in two parts, Millennium Approaches and Perestroika, and was first performed at the Mark Taper Forum in Los Angeles.  Set in New York City in 1985, the plays tell the story of the AIDS crisis during its first decade, but through the lens of more than a century’s worth of American history: the play focuses critically not only on the Reagan years, but on the McCarthy years, as Roy Cohn (an attorney who became famous during the 1950s “Red Scare,” when Senator Joseph McCarthy was conducting high-profile investigations into alleged Communist activity in the United States), is one of the main characters dying from AIDS, which–closeted until the end–he instructs his doctors to call “liver cancer” (you can watch Al Pacino as Roy Cohn with his doctor in the film version of Angels in America here).

We are extremely pleased to announce that Tony Kushner will be appearing at GW on April 9, 2013.  He will take part in a public discussion and presentation at 7.30 on April 9, 2013; this major event for our department is part of this year’s Jewish Literature Live course, taught by Professor Faye Moskowitz.  In conjunction with Kushner’s visit, we will be presenting a months-long series of events, including a film series focused on Angels in America and other films about the early days of the AIDS crisis; readings and discussions of some of Kushner’s other plays, including Caroline, or Change and Homebody/Kabul; a public lecture by Professor Robert Combs of the English Department; and Kushner scenes directed and produced by GW Theatre and Dance students.  Watch this space for a full calendar of Kushner events, appearing later this month.

Events get rolling this weekend, with a “Kushner Performance Festival,” on Sunday, December 2.

Join us as senior majors in the Department of Theatre and Dance  (studying with Professor Jodi Kanter) direct scenes from across Kushner’s large body of work.  The scenes are performed in Building XX (20thStreet between H and I) in two installments. 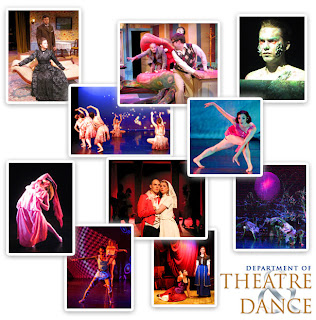 2:00 p.m. – Kushner in the World
Scenes from plays and adaptations set in Eastern and Western Europe, Asia, and the Middle East, including A Bright Room Called Day, Homebody / Kabul, The Good Woman of Szechuan, Slavs!, and The Illusion.
8:00 p.m. –  Kushner in America
Scenes from Kushner’s plays and poetry in the American context, including Angels in America, Ambivalence, and Caroline or Change.
Running time for each installment is approximately 90 minutes.  Seating is unreserved and admission is free.

Thanks to generosity of English Department alumnus David Bruce Smith, we will again be offering our Jewish Literature Live course in the spring semester (English 172.15). Students read novels by renowned writers of contemporary Jewish literature … and the authors come to the class to discuss their work. This class, offered by one of the…

A couple of weeks ago, I received the following email: “Dear Employers,” it reads. “As we plan for National Student Employment Week (April 9 – 13, 2012) we’d like to hear what your office has done in the past to recognize your student employees. We’ll organize and publish what we learn.” So … in honor…

As announced previously, on Friday October 23 at 5 PM, Rosemarie Garland-Thomson will deliver the inaugural GW English Distinguished Lecture in Literary and Cultural Studies. She will be introduced by Wang Visiting Professor of Contemporary English Literature José Muñoz. GW President Steven Knapp will give the university welcome. Professor Garland-Thomson is a founder of Disability…

If you are a current GW undergraduate and you had the chance to meet our GW-British Council Writer in Residence Suhayl Saadi, would you please take this very brief survey? We’d be extremely grateful. Share on FacebookTweet