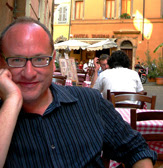 The Department of English, in association with ALCO, the American Literature and Culture Organization, is pleased to announce another great upcoming event.  On Monday, October 22, from 1-3 PM, we will be hosting Michael Kimmage, who will be talking about his latest work.

Michael Kimmage is Associate Professor of History at the Catholic University of America. He has translated, and written an introduction to, Wolfgang Koeppen’s Journey through America, and he is the author of The Conservative Turn: Lionel Trilling, Whittaker Chambers and the Lessons of Anti-Communism (Harvard University Press, 2009). His newest book In History’s Grip: Philip Roth’s Newark Trilogy from Stanford University Press (2012)

In History’s Grip concentrates on the literature of Philip Roth, and in particular American Pastoral, I Married a Communist, and The Human Stain. In History’s Grip foregrounds the city of Newark as the source of Roth’s inspiration, and history as central to his work. 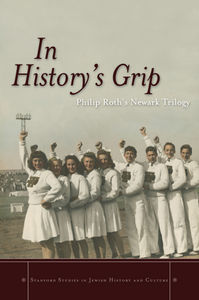 “Newark,” Kimmage wrote in an article that preceded the book, “is where history begins for [the trilogy’s] two Jewish and one African-American protagonists.  Each of these protagonists escapes Newark only to find himself in the grip of powerful historical forces.  They are thus reduced from powerful men to the playthings of history.  In search of emancipation from the past, the heroes of the Newark Trilogy fall into history, and they do so without the protection of a well-defined personal or family history.  Looked at together, the Newark Trilogy explores the will to live outside history.  By explicating the failure to live outside history, the Newark Trilogy illustrates the mechanics of history itself.”

Dr. Kimmage has been the recipient of various awards, including a Fulbright grant, and has held a German Chancellor Scholarship from the Humboldt Foundation. From 1995-1997 Kimmage was also British Marshall Scholar.

When I signed up for this course, I expected a contemporary British reading course, not too different than most literature courses that I have taken so far. Obviously, there was the difference of having Nadeem Aslam teach this course. However, I did not foresee a difference in the way we would discuss the literature –…

If you were paying close attention during Michael Chabon’s public reading last month, you would have caught a reference to Edgar Rice Burroughs’ novel The Gods of Mars in the second story he read, “First First Father.” In the story, Chabon compared his experience to the unknowability of a nine color spectrum, which is experienced…

Are you hankering for some intellectual stimulation in between Sara Ahmed‘s fabulous GW English Distinguished Lecture in Literary and Cultural Studies and TemFest II on December 3? Eager for some literary light now that the days are shorter and the sunshine less abundant? Two events this week should prove just the thing for the mid-November…