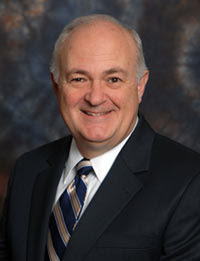 Because the event was technically our monthly faculty meeting, I took the opportunity to give President Knapp his first departmental service appointment: he will chair our new Student Complaints Committee. President Knapp was gracious in accepting the charge … and then immediately delegated it to one of his staff.

What he didn’t realize, though, is that I’d actually thrown him a softball. As department chair, I am the one in charge of student complaints … and in my entire three years in office, a time at which we have as a department taught hundreds upon hundreds of students, I have been approached with exactly three complaints — and they resolved themselves after a little advice. Seriously.

Now, however, if any of our students have a complaint to lodge, they will find themselves filing in triplicate and walking them over to …. well President Knapp never did give me the name of the person who was in charge on his behalf.

I may well file a complaint.

Our new departmental website is being rolled out as I write. At the moment, it’s a work in progress, so please be patient with us as the kinks get worked out and various aspects of the website become operational. But we’re thrilled to be the first humanities department in Columbian College to have our website…

Three students from this year’s Folger-GW seminar will be giving presentations on their research. The event is open to everyone, including folks who are not readers at the Library. Please pass the invitation on to others! Sarah. Please come to a presentation by students from the Folger-GW Undergraduate Research Seminar Philip Getz on Maimonides’s Canones…

Many of the readers of this blog know about Poetry Out Loud, the phenomenally successful national poetry recitation and performance competition. Co-sponsored by the National Endowment for the Arts and the Poetry Foundation, Poetry Out Loud builds on the contemporary resurgence of poetry as a spoken-word art. It’s not exactly a poetry slam, since the…

This Friday from 2-4 p.m. in the Marvin Center Amphitheatre, GW MEMSI will be sponsoring a spring symposium titled “Race?” Presenters include English Department faculty Jennifer James and Tony López. This is a chance to participate in an interdisciplinary discussion about race that crosses over traditional lines of literary periodization and national tradition. Race is…