This week’s edition of Stay Lit is all about film! Reel Affirmations is DC’s International LGBTQ Film Festival and it starts tonight and goes until Sunday. Held at the Gala Hispanic Theatre this festival will feature documentaries, shorts, and feature films. It starts tonight at 7pm with the feature film Signature Move, which won top honors at the Calgary Internation Film Festival for its portrayal of a Pakistani-American woman leading a double life as a lesbian and a female wrestler. Complex, funny, and poignant stories like this one are sure to be featured throughout this weekend’s event.
Price: $12/ 1 film ticket – $30/ 3 film tickets (other film passes are available) 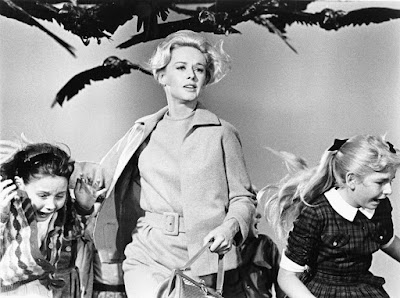 For a seasonally appropriate experience, all month long Miracle Theatre has been playing some of Alfred Hitchcock’s most classic films. Saturday night’s feature is The Birds, which, if you’ve never seen it, is good for a laugh and a scare. This mini Hitchcock fest ends next Saturday (10/28) with Psycho. Seeing that shower scene on the big screen will surely be a memorable experience.
Price: $6 w/ student ID

Renowned British author Nadeem Aslam will be the GW English Department’s inaugural British Council Writer in Residence during the fall 2007 semester. Beginning in mid-October, he will spend a month in Washington through a new program sponsored by the department and the council. Mr. Aslam achieved international recognition with the publication of his brilliant novel…

Join the GW English Department for a screening of the Globe Theatre’s A Midsummer Night’s Dream at 2 pm, Saturday, September 25, 2021.  This event takes place online and is live streamed from the Globe Theatre. The running time is approximately 2 hours and 20 minutes with no interval. Stay tuned afterwards for a talk back with…

Please join us for the inaugural event of the GW Medieval and Early Modern Studies Institute (GW MEMSI), a symposium on Touching the Past. The symposium begins at 1:30 in the fourth floor conference room of Phillips Hall (Academic Center, 801 22nd St NW) and lasts until 5. We feature two panels: Session One (moderated…

Instruction and Reference Librarian Tolonda Henderson has sent us the following entry about her upcoming workshop on Harry Potter, this Tuesday at 4 PM in Gelman: One of the most basic ways we organize books is by fiction and non-fiction. My detective novels and sci-fi fantasy books live across my apartment from my textbooks from…

Vaddey Ratner Reading February 12th 7:30 PM Honors Townhouse  (714 21st St NW) Author of the New York Times bestselling novel In the Shadow of the Banyan, Vaddey Ratner will be giving a reading at George Washington University TOMORROW!  “Full of beauty, even joy. . . What is remarkable, and honorable, here is the absence of anger, and…