Skip to content
Dennis Kennedy, a distinguished scholar working on performance and cultural studies will be visiting GW. On Monday, November 12, from 1-2 pm, in Rome Hall 771, Dr. Kennedy will be presenting an illustrated lecture on “The Culture of the Spectator.” Currently Beckett Professor of Drama Emeritus in Trinity College Dublin, Kennedy will consider examples from sports, popular culture, and the theater in order to open up a discussion about a “culture” of the spectator in the present. He will be able to address issues across a range of fields, including but not limited to American and cultural studies, performance criticism, early modern and Shakespeare studies, translation studies, and visual culture. 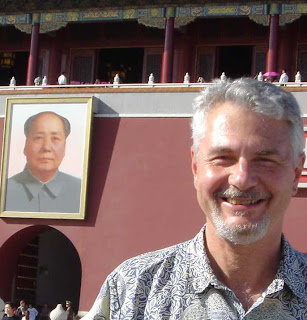 It is well recognized in theatre and performance studies that each spectator at an event is likely to have a unique physical and psychological encounter. This recognition, important as it is, has actually hindered full discussion of the spectator, since many scholars are reluctant to ascribe interior attitudes or responses to anyone other than themselves. Further, it is obvious that audiences as groups react outwardly in ways substantially determined by the type of performance, so that live spectators at a football match as a group behave differently than those at a tennis match or a classical concert or a Shakespeare performance. This lecture puts these two issues together to consider how (in the philosophic sense) spectators might react, inwardly and outwardly, as a result of the conditions of the performance itself. The examples, from sport, popular culture, and the theatre, open discussion about a “culture” of the spectator in the present.

Dennis Kennedy, Beckett Professor of Drama Emeritus in Trinity College Dublin, is the author or editor of many award-winning books, notably The Spectator and the Spectacle, Looking at Shakespeare, Foreign Shakespeare, Shakespeare in Asia, The Oxford Encyclopedia of Theatre and Performance, and its shorter version, The Oxford Companion to Theatre and Performance. He lectures and gives acting workshops around the world, and has held distinguished visiting professorships at universities from Berlin to Beijing. A member of the Royal Irish Academy and Academia Europaea, he has also frequently works as a playwright and dramaturg in professional theatres internationally. In 2005 he directed Shakespeare’s As You Like It in Beijing in Chinese.

O’Neill’s Long Day’s Journey into Night is in production at Arena Stage as part of the Eugene O’Neill Festival Members of the GW English department participated in the citywide Eugene O’Neill Festival last week, giving two nights of readings of O’Neill’s early Sea Plays, “Moon of the Caribees,” “In the Zone,” “Long Voyage Home” and “Bound East for Cardiff.” The readings were…

The Religion Thing, a world premiere comedy by GW playwriting professor Renee Calarco, kicks off Theater J’s “Locally Grown: Community Supported Art/From Our Own Garden” Initiative. In it, according to Theater J, Mo and Brian are a picture-perfect DC couple: they’re smart, they’re witty, and they have a beautifully remodeled kitchen. But when Mo’s best…

Flying High Like a Disco Jalebi: Gay Bombay and Beyond, a talk and reading Parmesh Shahani, TED and MIT Futures of Entertainment Fellow, and author of “Gay Bombay: Globalization, Love and (Be)Longing in Contemporary India” (2008) Tuesday, November 8,  2-3.30 pm  Rome Hall 771 (801 22nd St. NW) Parmesh Shahani is not your usual academic….