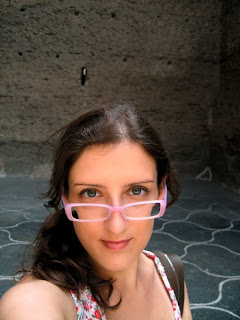 Natasha Simons can read 700 words per minute, cites her final paper for Jeffrey Cohen’s Chaucer course as one of greatest accomplishments as an undergraduate, had a 3.8 GPA., and had two and a half years of publishing internships. Naturally one would expect a woman as talented and experienced as her to get a job immediately after graduating last spring. Think again. “I slowly came to the realization that I was one of the unemployment horror stories passed around the class of ’09, and it was entirely unpleasant,” she said.

Never fear though, being the witty woman she is, Simons is now the Assistant to the Editor at the National Review, but getting there was a long hard struggle. After taking the summer off to travel, she only applied to jobs she thought she was qualified for, but with this selective process she had to wait a whole month before her first interview. From then on, Simons dove into the job market, a grueling exhausting task. “I started applying to 3 or 4 jobs a day, then up to 10 by November,” she said. “I was living at home, the only one of my friends to be doing so. Not [that] they had jobs either, mind you! Or they were just nannying or bartending or something — no one seemed to be on track.”

Soon Simons realized that if she wanted to get anywhere, she would have to apply outside of the publishing track, a hard decision for her to make. However it did lead her to a job as a legal assistant in DC, a position she was reluctant to take because it was an entirely different field and could lead to an entirely different life. She said, “But you get to this place where you just feel like such a failure, and I did end up taking that job. Exenuating circumstances, or what I like to call fate, stepped in and made it impossible for me to move to DC at that time. I had to give up the job, all the while thinking ‘Oh no, it took me five months to get that one, and now I’ll be unemployed forever.'”

Obviously Simons was not the only graduate of 2009 that was left jobless. Blame it on the economy, but she sees many reasons why the current generation of college graduates is at such a loss. “We’re a generation of a Protestant work ethic, no matter our religion. We were raised to believe this was a meritocracy, you know? So we got real focused real early,” she said. “I was looking at colleges and job paths as early as 10. We did everything we were supposed to, we went to the best college we could, we got good grades, we held jobs down all through our copious studies, we upheld our half of the contract. And when we came out on the other side, hands extended, what happened was we were denied. And continually denied.” Simons’s personal struggle was recognizing that most of her internships did not matter in the end. She said, “I applied to be at Random House in the EXACT division I’d been a fabulous intern at, knew people there, tried to pull strings — I barely got the time of day. No interview. Nothing.” Furthermore, current graduates are expected to earn far less than their parents. Regardless of why so many twenty somethings are out of a job, Simons is certainly sure of the anger she feels. “There’s a lot of resentment and we’re all angry, but it feels so immature to say that sometimes… Are we having a teen rebellion or something, to come out and say we deserve jobs for the hard work we put in?” she said. Simons recommends this website for anyone else in her situation.

However Simons’s story is not about unemployment, but finally getting the job. Only one week after she rejected her DC legal assistant position (although she does recommend the legal field, since it always needs people), she was offered her current job. She said, “My mother caught [my now-boss] Rich Lowry’s post on The Corner requesting an assistant and forwarded it to me — I read there regularly but missed that post, so I basically owe my employment to my mother! She’s very proud of that fact, as you can imagine.” Simons’s job as Assistant to the Editor at the National Review is a “catch-all” job as describes. “It’s great to have so many different types of tasks to do because I’m never bored; one hour I am editing one of Rich’s columns, another I am doing payroll for the authors, and another I am updating the NRO Twitter feed,” she said. Simons loves her new job and hopes to stay in the field for awhile.

Simons recognizes GW’s influence on her current career path. Her work on Wooden Teeth aided with organizational skills. She said, “The detail-oriented work of keeping a literary magazine going directly applied to a lot of the stuff I’m doing now. Just keeping on top of things and remembering to get it all done — that’s the technical side of things.” Simons also notes that all of the reading and writing English majors bury themselves in is useful. “Reading a lot of different books and doing all that analysis, sounds corny, but it does prepare you for getting used to a publishing type of career,” she said. And like many GW English majors, Simons has a few favorite professors to recommend, Jeffrey Cohen, Patrick Cook, and David McAleavey.

Although Simons is a success story in this tough economic environment, she does not expect the job struggle to end soon. She notes that even when she was searching for jobs, she was still writing. She said, “I freelanced for a couple of sites and ended up working on a book deal through having an online presence.” Simons is willing to offer advice to anyone about to graduate or struggling with the job market. You can email her at ndotsimons@gmail.com.

As students sunbathe in the last weeks of summer, professors feel the start of the new semester as an entirely different weather pattern. “The new semester has crashed with all the force of a tsunami. But sometimes it’s good to get wet,” said Professor Jonathan Gil Harris. This academic year is a complete change from…

Michael Chabon is many things. A 45 year old male. A Pulitzer Prize-winner. A Jewish-American author. A true geek. The author, best known for 2000’s The Amazing Adventures of Kavalier and Clay, doesn’t like to be referred to by a single, restrictive label. Multiple labels he can tolerate, however. If you keep up with this…

The English Department relies on the generous gifts of its friends, especially its alumni friends, to maintain the excellence of the programs we offer to undergraduates and graduate students. Donor contributions allow us to present lectures and readings, fund scholarly travel, and underwrite research at all levels, from undergraduate to full professor. We thank the…