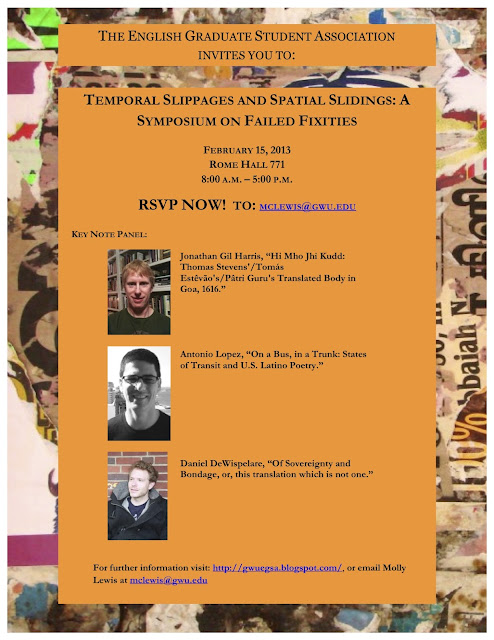 Here’s a sneak peek at some of the panels! 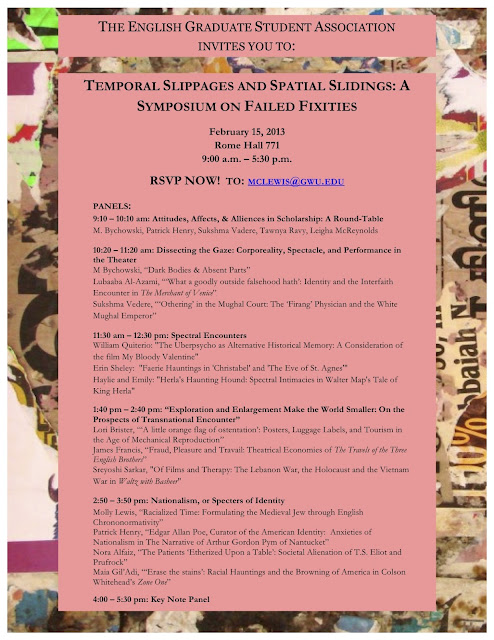 The Department of English invites you to an afternoon focused on the multi-faceted work of Professor Ann Romines, who retired this year after 43 years of service to our department.  Professor Romines will be present at this event honoring her work; the afternoon will include music, a panel of former students, and a keynote address…

GW Arts Initiative Program: Poetry Reading: The Best Dressed Girl in School “I could make you the best dressed girl in school,” my mother said, “but I won’t.” GW Professor of English Jane Shore grew up in the apartment over Corduroy Village, her parents’ dress store in North Bergen, New Jersey. She will read poems…

All events are free and open to the public; seating is limited. The Marvin Center is found at 800 21st St. NW, while Rome Hall and the Visitor Center are parts of the Academic Center complex, at 801 22nd St. NW. SEPT. 27 RYAN G. VAN CLEAVE 8 PM Marvin Center Amphitheatre Ryan G. Van…

The George Washington University is happy to be hosting the second Washington Conference on Trauma this fall. This multi-disciplinary conference will feature a broad range of presenters and formats, addressing the effects of severe psychological trauma on individuals and society. Listening to Trauma: Insights and Actions Thursday, October 20th– Saturday, October 22nd 2016 Location: The…