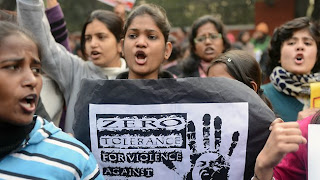 The panel’s conversation will explore the many complexities of the situation of violence against women in India, and also allow for a discussion of it in a comparative frame, linking it to histories of violence in the United States or elsewhere. Speakers include cultural theorists, historians, practitioners in the field of gender and development.  This panel discussion hopes to initiate some deep rethinking on the shapes and forms of violence against women in India, and strategies for how we might stop it.  The issue of violence against women in India was catapulted into international visibility with the remarkable media coverage of the gang rape and murder of a young physiotherapy female student on a public bus in New Delhi on 16 December 2012.  As newspapers and TV channels picked up the story and presented it, unprecedented protests against this violence and the government’s failure to prevent it were organized on the streets by middle-class urban residents. Contrary to the popular image of “shining India” and rapid economic growth that recently has preoccupied Euro-American representations of India, this incident generated a critical discourse that essentially charged the land of Gandhi for failing to protect “its women.”  The panel hopes to have a genuine debate and dialogue about questions about gender in contemporary India; gender violence and the politics of its representation; strategies for challenging violence; transnational feminist approaches; the role of NGOs, the state and civil society institutions in sustaining or interrogating gender violence, among others.

If you, like me, forgot to turn your television to the News Hour on Valentine’s Day to listen to poet and GW faculty member Jane Shore read Elizabeth Bishop’s poem “One Art” — despair not! You can watch the entire performance via streaming video here. And, for your enjoyment, the poem itself. One Art The…

Vikram Chandra, formerly a professor of English in our department, will be reading from his latest work on Thursday April 5 at 8PM (Marvin Center, Third Floor Amphitheatre). Chandra is the author of Red Earth and Pouring Rain which was awarded the Commonwealth Writers Prize for Best First Book. He is also the author of…

Join us on Monday for a screening of  The Line Has Shattered,  a documentary on the 1963 Vancouver Poetry Conference with the Director, Robert McTavish. Where: Gelman Library, Room 214 2130 H Street, Washington, DC 20052 When: 7 p.m. – 9 p.m. RSVP Required. Email cathye@gwu.edu “The Line Has Shattered is an invaluable teaching tool as well as a…

Come celebrate Shakespeare’s birthday TODAY with GW English students and faculty. This birthday bash (with food, poetry readings, crafts, and more) starts at 2pm on the Gelman Library terrace (overlooking Kogan Plaza) and is co-organized by the GW Bardians, English, Gelman Library, and the Dean’s Scholars in Shakespeare Program. #WillsBDay A message from the GW…

Join students in Contemporary LGBT Writing on March 10 at 7 PM for a roundtable discussion with Jim Hubbard and Sarah Schulman, producers of the documentary film United in Anger: A History of ACT UP (2012).  United in Anger tells the story of the early days of AIDS activism, from the perspective of those most…