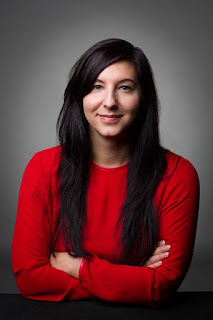 Where: Hill Center at the Old Naval Hospital
921 Pennsylvania Ave. SE
Washington, DC 20003
When: Wednesday November 9th from 7:00pm to 9:00pm
Cost: Free
Register here
Hill Center and PEN/Faulkner Foundation present an evening with author Melinda Moustakis moderated by Lisa Page, Director of Creative Writing at George Washington University.
Melinda Moustakis is the current Jenny McKean Moore Writer in Washington at The George Washington University. Moustakis was born in Fairbanks, Alaska and grew up in California. She is the author of Bear Down, Bear North: Alaska Stories, which won the Flannery O’Connor Award, the Maurice Prize, and was a 5 Under 35 selection by the National Book Foundation. She holds an MA from University of California, Davis and a PhD from Western Michigan University.
In her debut collection, Bear Down, Bear North, Moustakis brings to life a rough-and-tumble family of Alaskan homesteaders through a series of linked stories. Born in Alaska herself to a family with a homesteading legacy, Moustakis examines the near-mythological accounts of the Alaskan wilderness that are her inheritance and probes the question of what it means to live up to larger-than-life expectations for toughness and survival.
Her work has appeared in American Short Fiction, Alaska Quarterly Review, Granta, Kenyon Review, New England Review and elsewhere. Her story “They Find the Drowned” won a PEN/O. Henry Prize. She is the recipient of a Hodder Fellowship from The Lewis Center of the Arts at Princeton University, an NEA Literature Fellowship in Fiction, and a Kenyon Review Fellowship at Kenyon College.
She has taught at University of California, Davis, Western Michigan University, and the Low-Residency MFA program at Antioch University. Learn more about Melinda Moustakis here:
Lisa Page’s work has appeared in Virginia Quarterly Review, The Crisis, Playboy, The Washington Post Book World, The Chicago Tribune, Chicago Scene, Phoebe, Society and Space and other publications.  Her essays have appeared in the anthologies, Skin Deep: Black Women and White Women write about Race and Dream Me Home Safely: Writers on Growing up in America.  Her short fiction has appeared in Gravity Dancers: More Writing by Washington Women. She has been a regular on NPR’s Readers Review with Diane Rehm.
Page was a finalist for Professor of the Year, an accolade bestowed by the GWU Athletic Association.  She is the former president of the PEN/Faulkner Foundation and remains a member of their Board of Directors.  She has also been a resident faculty member of the Yale Writers Conference.
Those that are registered will be seated first.  The remaining seating is on a first come, first served basis.  We suggest that all guests arrive at least 15 minutes prior to the event.

Professor James A. Miller The Departments of English and American Studies and the Program in Africana Studies invite you to join us for “A Celebration of the Work of James A. Miller,” on Friday, September 11, from 2-6 PM.  This event will be held in the Jack Morton Auditorium (805 21st Street NW). Professor James Miller…

GW Arts Initiative Program: Poetry Reading: The Best Dressed Girl in School “I could make you the best dressed girl in school,” my mother said, “but I won’t.” GW Professor of English Jane Shore grew up in the apartment over Corduroy Village, her parents’ dress store in North Bergen, New Jersey. She will read poems…

GW Professors Jennifer James and Jennifer C. Nash are part of a forum accessible online this month in Feminist Studies.  The forum is on “Teaching about Ferguson,” with six professors reflecting on the pedagogical challenges of teaching about state-sanctioned violence against people of color in the United States.  There is direct access to Feminist Studies…

Our next Jenny McKean Moore reading is Thursday, March 4th at 6:30 pm. It will be a special evening, featuring the daughter of Jenny McKean Moore, Honor Moore, reading, from her memoir, about her mother. Virginia Hartman will be introducing and moderating the evening. Join Our Event: https://gwu-edu.zoom.us/j/97827956788?pwd=Vis1a3lwREl0a0dEWFNYb28wTExMdz09 Meeting ID: 978 2795 6788 Passcode:…