In her first week as an intern in the literary department of Ireland’s Abbey Theatre, Ania Soltan (who graduated from GW last year with an English major) has read and critiqued two plays submitted for possible performance at the Abbey; sat through the first read-through of a new comedy called Shush; attended a theater awards ceremony hosted by Ireland’s President Michael D. Higgins; and worked on the Abbey’s archives (they date back to its 1899 founding by William Butler Yeats).  The internship is part of her Master’s program in drama at the National University of Ireland, Galway. Ania is the daughter of GW English Professor Margaret Soltan. 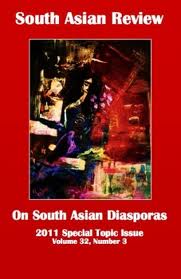 Another former GW English major, Rajiv Menon, BA ’10, is currently working on his PhD in English at New York University.  Focusing on popular forms of American cultural production, Rajiv’s research tracks representations of masculinity, identity and suicide in transnational popular culture—particularly film, contemporary fiction, advertising, and television–to locate the power relations that shape the making and unmaking of transnational masculinities.  Located within the field of transnational American Studies, his project illuminates what happens to masculine identities under globalization and militarism between the United States, South Asia, and the Middle East.  He has presented his research at conferences at King’s College, London, among others, and recently published a book review in the MLA-affiliated SALA journal South Asian Review. We look forward to seeing Rajiv’s research in print soon.

Professor Margaret Soltan is among those interviewed in today’s GW Hatchet, on the topic of MOOCs (Massive Open Online Courses): “GW is on the verge of joining an online education revolution, following in the footsteps of elite universities that have over the past year launched hundreds of free online classes – open to anyone with…

It is with great sadness that we announce that Hache (H.G.) Carrillo, a former professor of creative writing at GW English and Board Member of the PEN/Faulkner Foundation, passed away last week. Author of Loosing My Espanish (2005), and numerous works of short fiction, Carrillo’s oeuvre explores Afro-Cuban American immigrant experience and the complexities of…

The Knicknackery, a new literary magazine was started by Keren Veisblatt Toledano ’09 and Sonja Vitow ’09, former editors of GW literary publication le culte du moi.  Keren and Sonja wrote in to describe their new venture: “THE KNICKNACKERY IS A COLLECTION OF SMALL, ECLECTIC THINGS. SO ARE WE. We’re looking for work that plays jump rope…

In a cautionary piece about teaching university-sponsored online courses, Times Higher Education (THE) quotes extensively from Professor Margaret Soltan’s remarks about the subject on her blog, University Diaries: “All sorts of eyes are peering into your online course. . . . Your students, naturally; but also university administrators, on-campus tech people, the for-profit firm your school has…

Professor Jennifer Chang is on the roster for the Library of Congress reading series at the beginning of December!  Join the conversation about poetry and teenagers.  Details below. Wednesday, December 2, 6:30 PM TEENS AND POETRY FOR THE  21ST CENTURY Poets Jennifer Chang and Mark McMorris read selections of Please Excuse This Poem: 100 New Poets for the Next Generation along…

Last fall GW students Emily Holland (English major, ’16) and Morgan Baskin (International affairs, ’17) decided that they hadn’t found enough creative outlet in working for the Hatchet and decided to create a literary magazine. Influenced by their love of publications like The Paris Review but aware of their inaccessibility, their aim was to create…