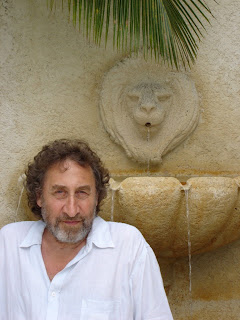 We get excited about many things in the GW English Department. Our objects of affection range from guest lecturers to free copies of books being doled out. So naturally our enthusiasm has only doubled with the addition of the British novelist Howard Jacobson to our staff next semester as a visiting professor. Not only do we have an entire semester for him to wow us with his wit, but we are giving out free copies of his novel Kalooki Nights next week (more details to come). To celebrate this addition to both our faculty and bookshelves, Jacobson kindly (and very charmingly if I might add) responded to a few questions. It would be a travesty to paraphrase him, so here is a direct Q&A.

1. How did your visiting professorship come to be?

I would like to think that a higher force is guiding me to Washington, but the facts are a little more prosaic. As I understand it, David McAleavy heard me speaking at a British Council conference in Cambridge a year or so ago and thought the students at GW might find me entertaining and, on some subjects, maybe even illuminating. So if they don’t, he’s the one to blame.

2. How do you think your previous teaching experiences will shape your experience at GW?

To be quite truthful I don’t know. Apart from occasional guest lectures and conversations about my work, I haven’t been inside a university let alone taught in one for over 20 years. My first novel was a campus novel and the moment it was published I thought it prudent to leave the campus on which it was (loosely) based, and I haven’t been back since. But I do enough speaking outside universities for me not to have lost – I hope – whatever skills I had. In a way you could say I have done more teaching since I stopped being an academic than I did when I was one. I am aware, though, that students who have degrees to get can be more demanding than the people who turn up to a literary evening to pass the time and get a book signed. So I am not without trepidation.

3. What are you most looking forward to at GW?

Two contradictory things: being back and being somewhere I have never been before. Being back talking to students, which I always liked, but talking to students I don’t know. Universities have changed in the time I have been away, and American students are not the same as English students, or indeed Australian students whom I encountered when I was lecturing at Sydney University. I was only 22 when I sailed across the world to teach in Australia and I feel again, preparing to come to GW, exactly as I did then – like a traveller on the brink of an undiscovered world. Undiscovered by me, at least.

I also look forward to making Americans laugh. Don’t ask me to explain it but in my experience they laugh differently to the English; they give more of themselves to the laughter; it surprises them more. But first, of course, they have to find what I write and say funny.

4. How did you choose the books you are teaching for your course? The selection is very different compared to your own writing.

I am a more English writer than people sometimes realise or expect. Because many of my novels have Jewish themes it is assumed my antecedents are writers such as Kafka or Joseph Roth, and more recently Heller, Bellow and Philip Roth to whom I am often compared. But in fact, whatever my admiration for these writers, I consider myself to be working in a wholly English tradition, my Jewishness a sort of intrusion into its assurances, a quarrel with them but not a fatal quarrel. I have called myself a Jewish Jane Austen, without quite meaning it. I am more, in ambition at least, a Jewish Dickens who would like to have been born a Jewish Dr Johnson. A Jewish D H Lawrence is just about a contradiction in terms, but I did try it when I was young – without, needless to say, the slightest success.
Hence the books I have chosen – all ones I love, and all of which, one way or another, illustrate for me the peculiar genius of the English imagination, some aspects of which are too little regarded today. I hope the tension I feel between these books I so admire, and the other Jewish (and non literary) influences to which I’m subject, will provoke interesting discussion. On the occasions I have spoken in America I have found that an English Jewish writer is a strange being, so few of them do Americans meet. Rest assured that they are strange and rare beings in England too.

Professor Jane Shore discussed Elizabeth Bishop’s poem “One Art” on NPR’s show Marketplace. You can listen to the program and read a transcript here. The beautiful poem is below. “One Art” by Elizabeth Bishop The art of losing isn’t hard to master;so many things seem filled with the intentto be lost that their loss is…

Rachel Malis graduated GW last spring, and she’s currently celebrating the publication of her poem “Odessa, Odessos” in the online journal damselflypress.net. In light of this new achievement, we caught up with Rachel to see what else she’s been doing. When did you graduate GW? What was your major?I graduated from GW in the Spring…

On Monday, March 3, Prof. Gayle Wald participated in Woolly Mammoth Theater’s panel discussion for its new play, “Stunning.” Prof. Wald was invited to contribute her scholarly insight into the play’s themes.Here is what Prof. Wald had to say about the event: The evening consisted of a reading of a scene from the play by…

Annie Kelly writes: After graduating from GW in May I got a job working for Senator John McCain’s Presidential campaign as the Director of Administration. I am responsible for operations and logistics of the national campaign office as well as the satellite offices in primary states. It is long hours, a lot of work, and…

Apparently some staff of the GW Hatchet read our blog. From today’s paper, a short piece on Kathleen Rooney, our featured alumna of a few weeks back: —————– Stripping the Cover Kathleen Rooney is proof that there are plenty of jobs out of college. She is also proof that someone with a major in English…