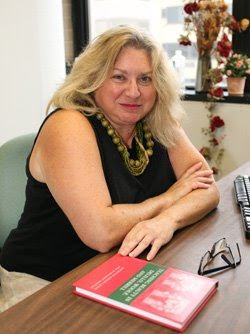 First of all, I wanted to talk to you about American writer David Foster Wallace, what he meant and what his suicide means for the literary world.

My sense of it is that, and I think this is shared by most serious readers, that the literary world has suffered a very big loss – not only because he died but because of the way in which he died. His father was interviewed by The New York Times, and Wallace suffered from depression for 20 years and had been medicated but it was difficult to handle and eventually he was just not able to keep himself going. And especially when an artist kills him or herself – it’s like, what is wrong with the artistic sensibility that so many artists – what is it about the artistic mind that makes it sometimes undo itself?

I saw your blog post about the prevalence of this among writers – that these people essentially use themselves up and become their own subject matter.

Well, that’s a contested argument. Some people argue that, other people would argue that that is going overboard. The argument is that there’s something about modern literature – contemporary literature – that it all becomes very autobiographical, and it becomes about your own suffering. And the argument is that there’s something sort of dangerous about doing what Sylvia Plath or Anne Sexton or, for that matter, what David Foster Wallace did.

There’s something about the process of transforming your own pain into literature and maybe not quite transforming it enough, in the case of someone like Plath or David Foster Wallace, where it’s still on the surface and very painful. So the argument would be that the peculiar danger of a certain kind of late-20th-century fiction writing is that the immediate sufferings of a particular self are too explicit, and you make yourself too vulnerable.

Professor Soltan is a popular professor of English, the author of the renowned blog University Diaries, and a co-author of the important new book Teaching Beauty. You can read the interview in its entirety here.

Oscar Gives Himself Away:Reading Wilde’s Presentation Copies Mark Samuels LasnerLecture & ReceptionFriday, April 24th, 3 p,m.Corcoran Gallery of ArtArmand Hammer Auditorium500 17th Street N.W.Washington, D.C. Mark Samuels Lasner is a recognized authority on the literature and art of the Victorian period. A graduate of Connecticut College, he has served as an honorary curator at several…

Congratulations to Prof. Tara Wallace, whose book Imperial Characters: Home and Periphery in Eighteenth-Century Literature is now out in print from Bucknell University Press, in its Studies in Eighteenth-Century Literature and Culture series edited by Greg Clingham. During the long eighteenth century, Britain won and lost an empire in North America while consolidating its hegemony…

Erica Jong Tomorrow Jewish Literature Live hosts a special evening with award-winning Author, Erica Jong. The reading will be at 7 p.m. in SMPA B07. A New York native, Jong is best known for her work in fiction and poetry. Her first novel, Fear of Flying, has sold more than 20 million copies worldwide. Jong has…

The English Department is thinking of introducing a program through which a select number of English majors could earn a BA at the end of the senior year, then stay at GW for an additional year of study and to gain an MA. This program would enable students to earn an MA a year faster…