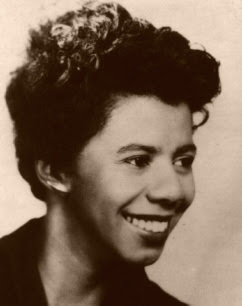 Lorraine Hansberry is most famous for her perennially popular play Raisin in the Sun, most recently revived (in 2008) by Sean Combs, Phylicia Rashad, and Audre McDonald, in an ABC television special. But in her brief life (she died at age 35), Hansberry produced several other outstanding works of theater, journalism, and non-fiction. Her intellectual range was wide and deep, touching on issues of Pan-Africanism and African liberation struggles, gay and lesbian identity, Cold War politics, black feminist activism, and anti-racism.

In this seminar, which meets once weekly for 2_ hours, we will read all of Lorraine Hansberry’s work (published and unpublished), view various versions of her plays, read the plays of affiliated playwrights (including Jean Genet, LeRoi Jones, and Adrienne Kennedy), and explore cultural theory and intellectual history related to her plays and their various thematic and political trajectories (texts might include: George G.M. James’s Stolen Legacy, Nina Simone, “To Be Young, Gifted, and Black,” Harold Cruse, The Crisis of the Negro Intellectual).

The class will be discussion-based and will involve students in research related to Hansberry’s life and career. There will also be a performance component.

Kathleen Rooney, a 2002 graduate, brings us much pride as a GW alum. Through my email exchanges with Kathleen, I have been continually impressed with how accomplished and gracious she is. Her thorough and insightful answers prove what a talented writer she is, and I’m sure many others will agree that we can all learn…

Did you read this in The Hatchet? Haven’t I been saying something like this for a long time? Give Sol Café that fishbowl lounge thing and let’s have some poetry readings there. Share on FacebookTweet

From today’s Hatchet, PhD student John Figura: This quest for answers has brought many students, such as English Ph.D. candidate John Figura, into doctoral programs despite the lack of any previous graduate credentials or work experience. Figura said he made the leap immediately following his undergraduate degree because of his decidedly clear career goals. “I…

See this stack of books? English Honors students read them all … two at a time. Well, not really. But it’s a nice thought. I had a professor in college who had a photographic memory (really). In one class, he began reading Moby Dick and then closed the book and continued to “read.” For about…

Emily Cahn reports: The University’s first vice president for research says he hopes to raise the University’s research profile by starting new research centers in the fields of autism, computational biology, science policy, energy, sustainability and neglected diseases. Well, you don’t need to hear it from me again. But you will. Could the day please…

You know that graduate school is getting to you when teaching a summer course is considered a “break.” While working on her dissertation on the dictator novel in Latin American and Franco- and Anglophone African literatures, GW alumna and current NYU graduate student Magali Armillas-Tiseyra, decided it would be good to slow down this summer…