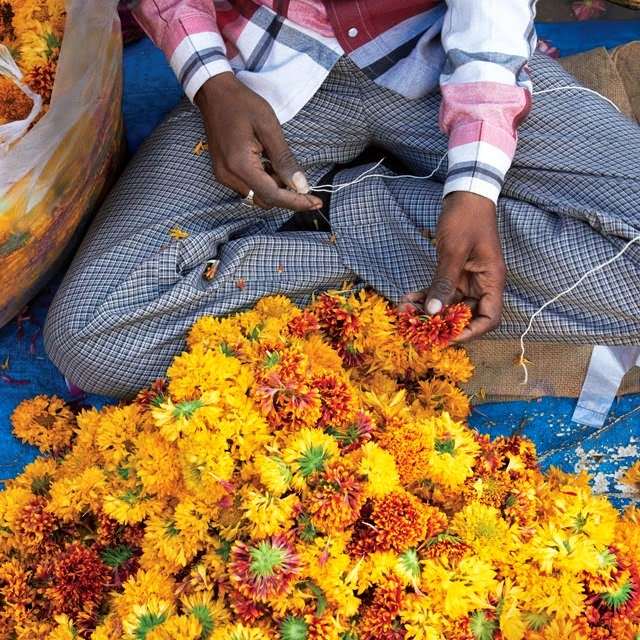 Ashes and Blossoms
Today, again,
On the string spun from grief and pain,
I threaded blossoms; drawn from your memory.
And I plucked,
From the desert of abandoned love,
Buds which bloomed; when were together.
Then,
I placed on your doorsteps,
Offering to the days of your memory.
Laid,
Side by side, in the vase called Desire,
The ashes of separation, the blossoms from our love.
(Translated by Sain Sucha)
*

The poem “Ashes and Blossom” was written by Faiz Ahmed Faiz (1911-2011), an incredibly well renowned Pakistani poet who wrote in Urdu. Alongside poetry, Faiz also wrote short stories and revolutionary pamphlets. One of the reasons I chose this poem is because I think a literary work is truly successful when it is able to cross the barriers of time, language, and, most important, understanding. Often subtleties of expression and meaning get lost in translation; however, as translated by Sain Sucha, the beautiful imagery that makes Faiz’s poems so poignant persist into English. 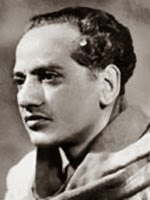 Like many of his fellow Muslim writers in the Sub-Continent, Faiz was fascinated and irreverent towards God, and so he used the imagery of a lover and fused it with the idea of The Divine Power in a very Sufi-esque manner to express his fluctuating positions on faith. In this respect, Faiz is similar to John Donne. This poem vividly depicts loss, and the use of ashes and blossoms are embody this loss visually. Ashes are the product of something that cannot be retrieved. Once you have ashes, you can never regain what you burnt. And yet, ashes gain another meaning by the end of the poem when the poet uses the phrase “The ashes of separation”: the speaker has burnt away the space in between his lover and himself. Despite this, the sense of loss and distance still remains, but now a hopeful aspect to the imagery has come into play.
The blossoms are a cultural symbol, as marigolds and rose petals especially are very prominent at both Muslim weddings and funerals. At a funeral, wreaths of flowers are placed around the body and gravestone. The funeral and grave itself are also supposed to be covered in a multitude of flowers. Wreaths of blossoms are also prominent at Muslim weddings and so the dual imagery of loss and attempted union run through the poem.
Personally, I am very fond of Faiz because of his beautiful language and imagery. Faiz talks about a disconnect he feels from God because of a painful period in his life and how he tries to reconcile his momentary lapse of faith by readapting cultural images of loss. Describing blossoms and “the desert,” he considers the natural world, while also grounding his poem in the domestic world of doorsteps and vases.  The  poem culminates in the metaphysical imagery of a ‘string spun from grief and pain’ to create, in a very short space, a clear emotional narrative.
The very short first lines of each tercet are followed by longer lines, lengthening out the stanza by lengthening the syntax. Faiz connects a microcosm to a macrocosm of emotion and he repeats this rhetorical form in each tercet, giving the poem a cyclical nature that suggests the poet’s love is continuous, recurring, and real. I am in awe of this poem’s ability to express so much in such a small space.
—Farieha Shah
Farieha is a sophomore at GW, majoring in History and minoring in English. She’s from Pakistan, a self-professed animal lover, and immensely enjoys any and all conversations that involve learning about someones life/home.

Spring Smells of Lilacs  Early spring is, famously, cruel. The bite of winter is still sharp, even “whan that Aprille with his shoures soote / the droghte of Marche hath perced to the roote” (“when that April with his sweet showers pierce the drought of March”). Chaucer’s famous opening lines of the Canterbury Tales emphasize…

Below is the reprinted version of an article, originally appearing on the CCAS’ Featured Stories page on April 5th, 2018, written by the English Department’s own, Professor Daiya. Read below to learn about the amazing success she had when she re-imagined one of her courses that inserted her student’s voices into public conversations about issues they are passionate…

Madrid’s Plaza Mayor at night This semester, I’m taking a course on the British Romantic Period. In class a few weeks ago, my professor was talking about how although the seventeenth century was a period of greater international connectivity, there was also a simultaneous turn inwards, a growth in and shift towards nationalistic ideology. He…