Nothing Gold Can Stay

Nature’s first green is gold,
Her hardest hue to hold.
Her early leaf’s a flower;
But only so an hour.
Then leaf subsides to leaf.
So Eden sank to grief,
So dawn goes down to day.
Nothing gold can stay. 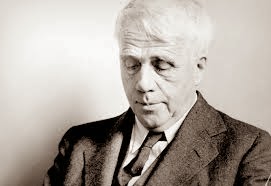 “Nothing Gold Can Stay” has been one of my favorite poems for quite some time. At only eight lines, it is quite short, but it packs a lot of meaning into it. Frost starts the poem with “Nature’s first green is gold,” which, as a child, I was always quite confused by. He does not mean that green is literally gold but that the first signs of spring (the first green) are the most valuable (gold). “Her hardest hue to hold,” the next line, means that keeping the innocence of the first green is the hardest thing to do. He continues with “Her early leaf’s a flower / but only so an hour.” This is the second time he has made a metaphor, saying that a leaf is a flower (and green is gold).
“Then leaf subsides to leaf, / So Eden sank in grief” is the climax of the poem, to me. Frost is saying that the leaf actually becomes a leaf rather than a beautiful flower. He also references Eden, so as to say that first green is Eden. “So dawn turns down to day” references another instance of something more beautiful aging. With “Nothing gold can stay,” which brings in the title of the poem, Frost is saying that gold (which we can assume represents first green) cannot last and will eventually turn into leaves.
This poem is one of my favorites because everything is done so precisely. None of Frost’s words seem to be unnecessary, which is especially hard to do when rhyming a poem, which he also accomplished quite well. However, what I really like about this poem is the meaning that I take away from it. Some people suggest that it is rather depressing, but I like to think about it as quite motivating. I often relate “first green” to innocence or childhood, which is often quite beautiful. But, obviously, innocence cannot last forever, as it is quite hard to hold onto. “So dawn turns down to day” makes me think of seeing things in clear light and not being innocent.
But it’s the last line that really does it for me. Frost is stating that nothing innocent, or really good, can stay. And instead of believing that’s sad, I choose to use it as a means of appreciating what I have. Nothing amazing in the world can last forever, otherwise it wouldn’t be amazing, so I appreciate it while I have it.
— Brooke Kinney

Dear English Department community,   Welcome back, and a special welcome to newly declared English majors just joining us for the first time! Given how isolated we all have been since covid-19 erupted this past winter, it feels especially good to reconnect this fall, albeit virtually.   My work as the chair of the Department…

English major Jina Park published an essay in GW Hatchet in which she details how GW prepared her for the unexpected final semester of her college career due to the coronavirus situation. Jina is currently taking the Critical Theory seminar which explores many issues related to the current crisis. In her essay, Jina shared tips on how to manage…

The English Department’s annual Jack-O-Lit gathering had a great turn out this year! Many students joined the English faculty in sharing cookies and cider, as well as carving pumpkins into some very creative designs. Maggie Benda and Oona Intemann won Professor Daniel DeWispelare’s new book, Multilingual Subjects, On Standard English, Its Speakers, and Others in the Long…

Beginning October 27, join #GWBookLife for the second installment in the virtual book club series. Join us as we venture into a series of short stories by award-winning novelist and short-story writer Kali Fajardo-Anstine. Connect with other passionate readers within the GW community as you discover new stories and engage in witty conversation! Follow our social…

This semester honors student Katherine Bradshaw took home first prize at GW Humanities Day for her work on Shakespeare’s King Lear!  Katherine is majoring in English as well as Classics and has been working on her Luther Rice Fellowship project, which focuses on another Shakespearean work, Coriolanus. Professor Alexa Alice Joubin was Katherine’s mentor for her successful…