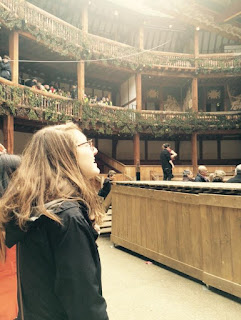 Last March, my students and I travelled to London and Stratford as part of English 3446: Shakespearean London. We had the opportunity to study Shakespeare in some of the locations that defined his career in the sixteenth and early seventeenth century and to see many of the plays on our syllabus brought to life by the Globe Theatre and the Royal Shakespeare Company (as well as few other plays and musicals because, well, it’s London!)

From his humble upbringing as the son of a glover in Stratford-upon-Avon to his successful career as a playwright in London, Shakespeare and his plays provided a unique itinerary for our trip to England. Our first few days in London concentrated on its famous sites. We stood in awe of the great works of English literature—including five quartos of Shakespeare’s works and a first Folio—on display at the British Library. We could almost imagine Shakespeare’s company, the King’s Men, performing in the great hall of Hampton Court while we were there. And we were appropriately haunted by tale young princes, imprisoned and (allegedly) killed by Richard, Duke of Gloucester to become Richard III during our twilight tour of the Tower of London. After high tea, we visited Millais’ Ophelia at the Tate Britain, his famous image of her corpse more beautiful and disturbing in person than in reproductions (especially the goldfish in the bottom left hand corner, which I had never noticed before this trip). At the National Gallery, we crouched next to Holbein’s Ambassadors, squinting to achieve the necessary perspectival shift that renders its famous memento mori image of a skull visible.  From there, we headed to the Thames for a riverboat to Greenwich to study early modern seafaring at the National Maritime Museum (and stand on the meridian line).  By the time we returned to zone 1, the tide had risen, emphasizing how much the river defines the metropolis, then and now. 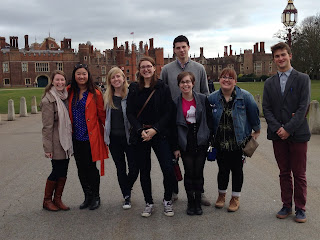 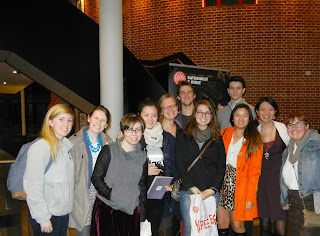 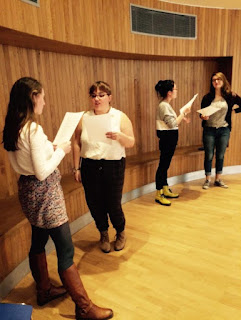 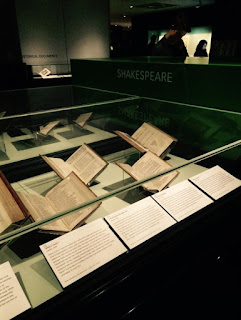 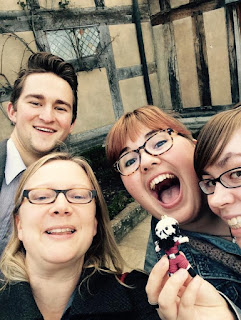 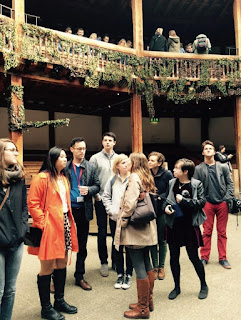 In Stratford-upon-Avon, we visited the Shakespeare Birthplace Trust and saw two performances by the Royal Shakespeare Company—Love’s Labours’ Lost and Love’s Labours’ Won (known to most of us as Much Ado About Nothing). We were lucky enough to get to chat in-depth with David Horovitz, the actor who played Leonato in the RSC’s production, and he shared his sense of the character and his motivation. We also worked with the famous theater company’s vocal trainer and learned how to embody the words of Shakespeare in powerful ways. (Some of us, ahem, were meant to be scholars…) 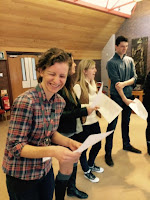 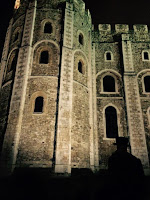 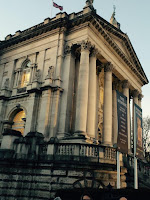 From there we headed back to London to tour the Globe Theater and to take in John Ford’s Broken Heart (1633). Ford’s play was staged at their Wanamaker theater, the Globe’s new indoor theater that creates an experience of seeing a Renaissance play not unlike the private indoor theaters that defined Jacobean and Caroline drama. Lit by candles, the wooden O of the Wanamaker was the perfect setting for this Caroline tale of ravishment, revenge, and heartbreak.  The sensations were overwhelming (one member of the audience fainted from all the blood!) and the topic was difficult, but the performance was by far (most of) our favorite, an experience we’re not likely to forget any time soon.  Our last day in London was a time to catch up with friends, explore neighborhoods, shop independent bookshops, and visit the many museums. (Yes, some of us really did pack more than four actual, real books with us and then spent most of our free time scouring the city for more! We’re English majors!) 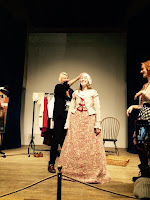 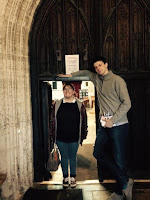 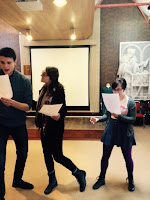 It was, by far, my favorite trip to London. We arrive as a group of peers and left as friends. Best. Squad. Ever. If this sounds like your cup of tea, be sure to look for English 3446 next year. The course is offered each spring as part of the Dean’s Scholars in Shakespeare Program, a two year living and learning community for first and second year students in CCAS. The trip (besides airfare and meals) is free for those in the program. For other students, the additional costs of the trip are approximately $3000.
Please contact me if you’re interested in the course or for more information about the Dean’s scholars in Shakespeare Program. 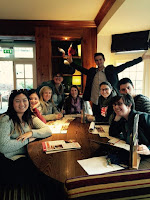 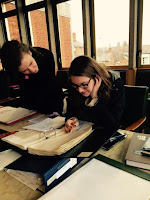 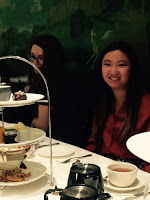 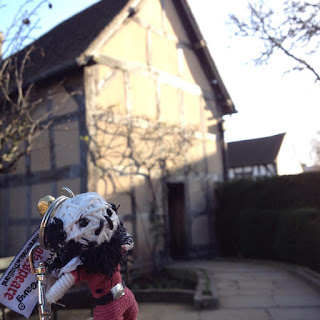 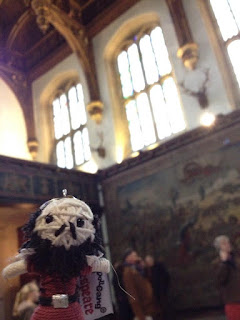 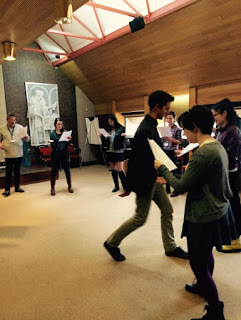 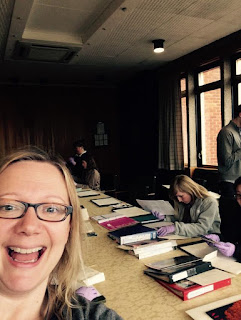 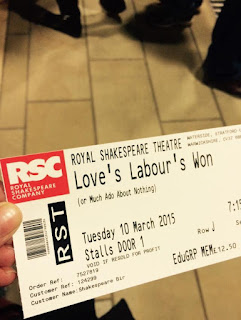 Still from Chuecatown (2007), dir. Juan Flahn For the past ten years, GW English has offered a unique interdisciplinary in lgbtq studies and film studies; on Saturday, December 8, students from the class will come together to present their work-in-progress.  Students from Professor Robert McRuer’s “Transnational Queer Film Studies and LGBTQ cultures” (English 3980) will…

Professor Mitchell Reading Jacques Ranciere’s Mute Speech Fall 2015 Graduate Seminar: Crip/Queer Theory Crip/Queer Theory charts out key intersections between Disability, Queer, and Critical Race Studies.  Our goal will be to mine the spaces between historically pathologized sexuality, ability, and racialized statuses. In particular we will focus on questions of “agential materialism” where one cannot…