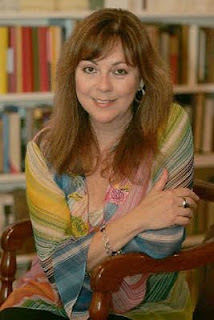 What does Cuba mean to you? To be entirely candid with you, my only experience with Cuba is its delicious cuisine. However, Cuba has always fascinated me with its rich cultural and political history. Last night’s reading with author and journalist, Mayra Montero only solidified that interest.

As H.G. Carrillo emphasized in his warm introduction of Montero, GW is quite lucky to have the author of nine novels and a collection of short stories in such an intimate vicinity as the Cuba in the World Symposium. Montero is especially distinct compared to her peers because she predominantly writes in Spanish. Although her novels are still vivid and exciting when translated into English, you can really hear the rhythm and life of her writing when she reads in her native tongue. The reading had a more intimate tone when she predominantly switched to expressing herself in her first language.

There is also an enthusiasm and hope to Montero’s writing. Although she focuses on 1950s Cuba in her novels, particularly the Cuban Mafia, she is looking forward to the new Cuba that is emerging in the world. “Cuba is the most fascinating question mark in the Carribean,” she said. She compared this current moment in Cuban history to the Cuban Missile Crisis. “There is a real eagerness for change,” she said. “That eagerness itself is the real change.”

Montero believes that the best way to understand that change is through literature. “We have to drink on the fountain of literature,” she said. She chooses to focus on old Cuba because of its rich impressionistic culture. Obviously the politics of the time are equally fascinating. She said, “There was no blood or no appearance of blood in Cuba, unlike Chicago. So the internal corruption affected casinos not daily lives.” Although she cannot help but be influenced by her childhood during the revolution in her writings, Montero considers her books love stories, not just thrillers.

It is the love found in her books that she hopes will aid the new Cuba. Previously Cuba has been rather isolated for writers, but the internet has allowed authors to write. Montero sees a future more all encompassing though. “There is a future for relations [between the US and Cuba]. A brilliant future,” she said. And I think we all cannot wait for it to come.

Although the Cuba Symposium is off to a great start do not forget there are actual symposiums throughout the day today and the documentary La Lupe by Ela Troyana (who will be present for discussion) at 7:00 p.m. to 9:00 p.m., Marvin Center 309. We hope to see you there!

Dear English Department community,   Welcome back, and a special welcome to newly declared English majors just joining us for the first time! Given how isolated we all have been since covid-19 erupted this past winter, it feels especially good to reconnect this fall, albeit virtually.   My work as the chair of the Department…

On a sunny and beautiful evening on Wednesday, April 5th, faculty, friends, and students gathered at the F Street House for a beautiful reception, celebrating the 40th anniversary of the Jenny McKean Moore fund, hosted by GW President Steven Knapp and his wife, Diane. The event drew many whose lives’ have been touched by the…

Vacation on Mount Desert Island Nina Gilden Seavey, Sunset on Bar Harbor, 2015             So where would we go for vacation in 2015?  Various considerations set aside the old pattern of the northern Minnesota lake.  My daughter Eleanor (GWU 2010) has been living for a while with her boyfriend Greg Fortier in Manhattan.  Greg has…

The Saved From cutting the nuts out of a bull calf’s bag with a Barlow, from laying case knives on a dress pattern, from running a trotline and baiting the hooks with gone liver, from mashing a tobacco worm into a green blot, from crimping dough at the piecrust edge, from whisking an egg, from…