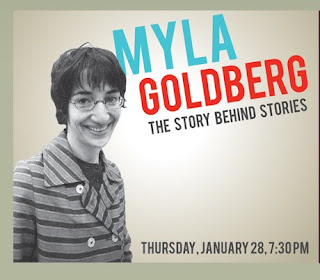 It may seem hard to believe, but your beloved blogger (at least I hope I am beloved) was not always so studious and interested in books (read infiltrating the English department). Back in the day, I was just another five year old who could not recite the alphabet or tie her shoes. My parents remember endless parent/teacher conferences where the words “unfocused” and “uninterested” were volleyed around. It seemed that the only things I cared about were the playground and watching television. Needless to say, when my fifth-grade teacher persisted in praising my leadership skills and effort, my parents were shocked. I guess fifth grade was the magical year for me as it appears to be for many others.

In Myla Goldberg’s Bee Season, young Eliza Naumann finally gets out of her television-rerun-watching stupor to succeed in the school’s annual spelling bee. Her father, Saul (a cantor always searching for God), has been waiting for years to see potential in his child and immediately starts quizzing Eliza for both their sakes. Eliza’s older brother, the “gifted and talented” Aaron, suddenly finds himself left out and at a loss for religion now that his one link to Judaism, his father, has abandoned him. You may be asking where their mother is? This is an intriguing question, for Miriam Naumann is an obsessive compulsive kleptomaniac who takes more interest in perfecting her world than being involved in the world of her children. All of these characters find themselves in the wake of the spelling bee chaos and slowly notice their world spinning out of control. It is a book where all of the characters tread a fine line between spiritual illumination and disillusionment. 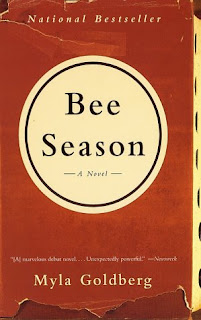 Of course, when haphazardly summarized as done here, it is hard to really see the power of Goldberg’s subtly heartbreaking and beautiful writing. Even if we disagree with the characters’ motivations, we are able to fully see inside them. In a fantastically cinematic fashion, Goldberg introduces us to her protagonists and then carefully zooms into their lives: their pasts, their fears, their needs, and their relationship with God.

This is not just a book about some nerdy girl in a spelling bee, but about a once-functioning family dispersing and finding themselves flourishing and floundering. Although it can be painful to read the obvious mistakes of our four main characters, they are so intricate and real that we cannot help but see some of their reasoning. In class with Prof. Moskowitz today, we had a debate over who was the most sympathetic character. Answers ran the gamut, showing that each of us valued and took something different from this book. I know what initially sucked me in was my relation to Eliza, but as the book continued I found everything propelling me to the bittersweet ending. That is the work of a skilled and wonderful author and one that I am excited to meet on Thursday!

You can see Myla Goldberg too if you come to the DCJCC this Thursday, January 28 at 7:30pm. Tickets are $10, but students get in FREE with their student ID. A link to a map can be found here.

For more fun things on Goldberg and her novel: 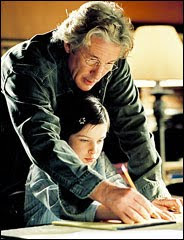 The book was made into a film in 2005 starring Richard Gere & Juliette Binoche.

UPDATE (added by Prof. Gayle Wald 1/27/10): In other Jewish Literature Live news, the Washington Post ran a very appreciative review this morning of Rebecca Goldstein’s 36 Arguments for the Existence of God.

The English Department is happy to be a co-sponsor of a reading/presentation by Ruth Franklin, author of A Thousand Darknesses: Lies and Truth in Holocaust Fiction, at the DC Jewish Community Center on Tuesday, October 19 at 7:30 p.m. The reading is part of the DC JCC’s Hyman S. and Freda Bernstein Jewish Literary Festival,…

by J J Cohen From Geoffrey Galt Harpham, president and director of the National Humanities Center, writing in The Chronicle: The alleviation of human suffering, the restoration of opportunity, and the resurrection of confidence must be our top priorities. But the present crisis must not be the horizon of our thinking; our most immediate concerns…

On Saturday I had the honor of wishing nearly a hundred English majors CONGRATULATIONS with a handshake and a Columbian College medal (after studying at GW for four years, our students really do deserve a medal). I was delighted to meet so many parents, siblings, aunts, uncles, cousins, significant others, friends and hangers-on at our…

The English Department has arranged for interested majors to enjoy a 1 credit reading course with our esteemed British Council Writer in Residence Nadeem Aslam. The course will meet on four Tuesday evenings (10/23, 10/30, 11/6, 11/13) from 6:30-8 PM in Rome Hall 663 (English Dept. small conference room). The class is limited to no…