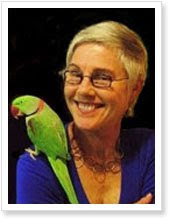 Marginalization is not a new literary school of criticism. Feminist and Queer Theory are quite prominent today, so why is disability studies not equally significant? One woman is set to change this lack of representation, Rosemarie Garland-Thomson. “I realized that the critical perspectives and knowledge building enterprise directed toward the subject of women and gender could be useful in understanding and analyzing disability as a social identity, a cultural concept, and an historical phenomena,” Garland-Thomson said. “I also recognized that English as the discipline was not doing this, so I set out to make a contribution in that area.”

For Garland-Thomson, the transition from studying American literature to disability studies was only natural. She said, “What we think of as disability is fundamental to the human condition, it is a theme pervasive in literary representation and narrative, as it is in art and philosophy– in other words, in all areas of human culture.” She holds that once famous texts such as Moby Dick or even William Faulkner’s The Sound and the Fury are looked at through this lens, the understanding of them only deepens.

Clearly disability studies was more than ready to be introduced into the scholarly world. Once Garland-Thomson pioneered the theory a rapid scholarly dialogue immediately emerged. “New questions are constantly being brought forward so that a particularly vibrant conversation is underway about how disability operates in representation and in the material world,” she said. Other scholars, such as GW’s own Robert McRuer (a prominent queer theorist) have easily intersected disability studies with their own work. Garland-Thomson said, “Scholars are developing comparative identity theory especially productively in this way by inquiring, for example, about how racialization and disability work together.”

Garland-Thomson has even found that disability studies opens up many other critical categories in itself, such as her newly coined “critical theory of staring.” What began as an examination of the act of staring at disabled people in freakshows turned into a meditation on staring in general. “Thinking about the spectacle of disability led me to consider visual relations between subjects,” she said. “Disabled people are stared at quite often when the way they do things or look is unusual.” Garland-Thomson is aware that she is not the first to analyze visual dynamics, but sees this particular angle as new and refreshing.

Similarly she is also building off of euthanasia studies. When Garland-Thomson initially started researching this area she realized that historians were already quite well versed in the subject, so she decided to look at it in a new way. “I have been working on an analysis and theoretical infrastructure that focuses on the concept of mobility in modernity to see how it plays out in the specific set of material practices of eugenic euthanasia and contemporary accessible transportation,” she said. Obviously the theory is still developing and experimental, but Garland-Thomson claims this is one of the most exciting parts of being a scholar.

She also enjoys discussing her work with others, hence she is very excited to visit GW for the Inaugural GW English Distinguished Lecture in Literary and Cultural Studies, this Friday (October 23) at 5pm. “This is part of what I’m particularly looking forward to that GW, which is to learn how the intellectual community there thinks about disability and how disability studies is being developed at GW,” she said. And we look forward to seeing her here!

As students sunbathe in the last weeks of summer, professors feel the start of the new semester as an entirely different weather pattern. “The new semester has crashed with all the force of a tsunami. But sometimes it’s good to get wet,” said Professor Jonathan Gil Harris. This academic year is a complete change from…

This just in from Prof. Tina Daub, who teaches ENGL 81, Introduction to Creative Writing. On Tuesday, April 27 at 11 a.m. in Phillips B-120, the acclaimed pianist known as ELEW is coming to her class to perform, and his concert is open to the public. This is the same ELEW who performed at the…

On the occasion of the tenth anniversary of the attacks on 9/11, GW English student blogger and military veteran Joe Mancinik delivered some remarks for a ceremony on the Foggy Bottom campus of the George Washington University. This piece is about his experience. Before I knew it I had volunteered. Again. The first time I…

Many of the readers of this blog know about Poetry Out Loud, the phenomenally successful national poetry recitation and performance competition. Co-sponsored by the National Endowment for the Arts and the Poetry Foundation, Poetry Out Loud builds on the contemporary resurgence of poetry as a spoken-word art. It’s not exactly a poetry slam, since the…