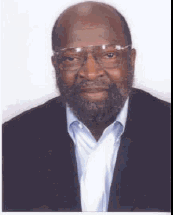 There are certain things that seem to only occur in literature: personification, metaphor, allusion. However reoccurring themes can appear in real life too as Professor James Miller knows well. This is particularly true in relation to his latest book Moments of Scottsboro: The Scottsboro Case and American Culture.

The project started in the late 1990s when Miller was working with colleagues who have now all gone in separate directions and was picked up again from 2002-6, with the book finally being published this year. “Scottsboro has been a long process. I was doing another project that was concerned with the representation of African Americans in 1930s culture. In the process of doing that work, I kept coming back to Scottsboro,” he said.

What is Scottsboro to Miller, who is not only an English professor, but the Chair of the American Studies department? “Scottsboro was the 1930s. It was the defining issue of the period,” he said. “It was reenacted over and over again in film, culture, poetry, music, visual arts, and drama.” Miller’s book covers everything from the case itself to Harper Lee’s To Kill a Mockingbird.

Ironically though, Miller’s next project could not be researched within his own surroundings. In order to study jazz, he found himself a Fulbright Scholar at the University of Whitwatersrand in Johannesburg, South Africa last semester. He said, “My research was on jazz history, the history of connection and relationships between African Americans and South African jazz musicians in the 1950s-70s.” He was specifically looking at the jazz opera “King Kong,” the first musical production in South Africa with an all black South African cast. “It was the place out of which many jazz musicians we came to know started from,” he said.

Jazz has also been a reoccurring theme throughout Miller’s life. “I’ve been interested in jazz since I was an undergraduate,” he said. “Its been important for my work. I always study with jazz in the background.” He even used to work at a jazz organization in Connecticut where he met many prominent jazz musicians.

Though these two projects may seem unconnected to the untrained eye, Miller sees it as one fluid work. “There’s a logic in my own mind that sees important continuities between the two projects,” he said. “They are the cultural politics of African American life in the US and the world in the 1930s and 1960s. Scottsboro is one important chunk and jazz is another important chunk.” Miller almost sees himself as working on a trilogy of sorts, even though he is still unsure of the third part of the trilogy.

With all of this research how does Miller find himself connected to teaching still? “Teaching is a way of riffing on these themes. Keeping my brain alive and testing these ideas out in the classroom,” he said.

We look forward to hearing his ideas and as Miller said,”I am happy to be back.”

Mention the Pulitzer Prize, and you’ll conjure images of a weathered novelist, scowling over the rim of his snifter. If the Pulitzer laureates at GW are any indication, however, a comic book sketch is a more accurate image. In the span of two weeks, the GW English Department has hosted Michael Chabon and Art Spiegelman,…

Edward P. Jones introduces Michael ChabonMonday March 23Chabon will read from his works, be interviewed live by Professor Faye Moskowitz, and sign copies of his books7 PMJack Morton AuditoriumSchool of Media and Public Affairs, GW Free and open to all who would like to attend, but seating is limited. Share on FacebookTweet

The English Department was sad to learn of the recent passing on August 25 of a beloved colleague, Edward R. Weismiller. We invite all who knew Prof. Weismiller, and those who want to find out about this remarkable man, to attend a celebration of his life on Thursday, Sept. 23 at 4 p.m. in Rome…

This is an image that has been circulating online since last week, when The New Yorker magazine posted it on its blog. [Click here for a link to the White House Flickr site, where you can see a huge image of the same.] As an English professor and as someone who loves to be edited…

You may have seen Gina Welch running around the English Department offices in a pair of green heels. Or perhaps you caught her segment on MSNBC’s Morning Joe last Thursday discussing her new book In the Land of Believers. Maybe you saw her book featured when flipping through the current issue of Oprah’s magazine “O.”…