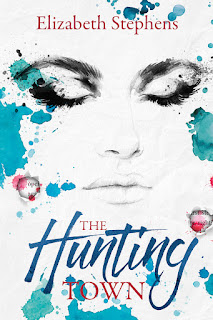 In 2015, we profiled GW Alum Elizabeth Stephens as she published her first novel.  You can read that profile here.  She’s back this year with a follow-up novel, The Hunting Town.  An advance blurb for the novel describes it in this way: “Drugs, cartels, the mafia. Pain, greed, and revenge. When an unexpected murder brings the Russian mob down on their heads, five brothers brought together by the foster system will have to forge a bond deeper than blood if they want to stay alive, defend their town, and protect the women they love.”  It is now available; check out the official release here.


Ellie Stephens was part of the GW class of 2013. She graduated with a BA in International Relations with a concentration in the Middle East. Her studies at GW included a transformative fiction workshop with Jenny McKean Moore Writer-in-Washington Tim Johnston.  Since 2013, she has worked for a series of human rights organizations, from the small to the very large. She currently works as a communications officer for CIVICUS Alliance in Johannesburg. Before arriving in Johannesburg she worked as a consultant for a number of organizations across Africa and the Middle East including the United Nations Economic Commission for Africa in Addis Ababa, the United Nations Relief and Works Agency for Palestinian refugees in Beirut, a Hewlett Foundation project, and more. She considers herself an impassioned activist, a traveler, and a writer.

For the past month or so, the English Department has been a flurry of boxes, files, and books as we’ve moved from the 7th floor of Rome to the 6th floor of Phillips. The move has made the location of the English department far more cohesive, with all the professors and offices now on one…

Recent English department grad Sarah Kuczynski, who has just started a PhD program in English at the University of North Carolina Chapel Hill, has been selected for a Mellon Fellowship there.  It provides a service-free first year and a service-free fifth year for dissertation writing with a stipend of $15, 200. In years two through four, …

Professor and Deputy Chair of English Patricia Chu published her book Where I Have Never Been: Migration, Melancholia, and Memory in Asian American Narratives of Return (Temple, 2019) just last Fall! Her book provides valuable insight into the narratives of diasporic Asians, as their offspring travel to Asia to reclaim their heritage. Where I Have Never Been “reframes…

GW English Alum Esther Cohen (BA ’69) ESTHER COHEN ON NOT BEING AFRAID OF LIFE, OR OF YOUR OWN  WORDS New York writer, teacher, and activist Esther Cohen reflects on her time as an English major, and on the remarkably varied writing life she’s led since she graduated: When did you graduate from GW? I…