Last fall GW students Emily Holland (English major, ’16) and Morgan Baskin (International affairs, ’17) decided that they hadn’t found enough creative outlet in working for the Hatchet and decided to create a literary magazine. Influenced by their love of publications like The Paris Review but aware of their inaccessibility, their aim was to create a publication that was dignified and in keeping with their own aesthetic standards while remaining accessible and unbiased. After a successful Kickstarter campaign, the publication is available online now and going to print in March.  I met them at Gelbucks (of course) to ask them about it. 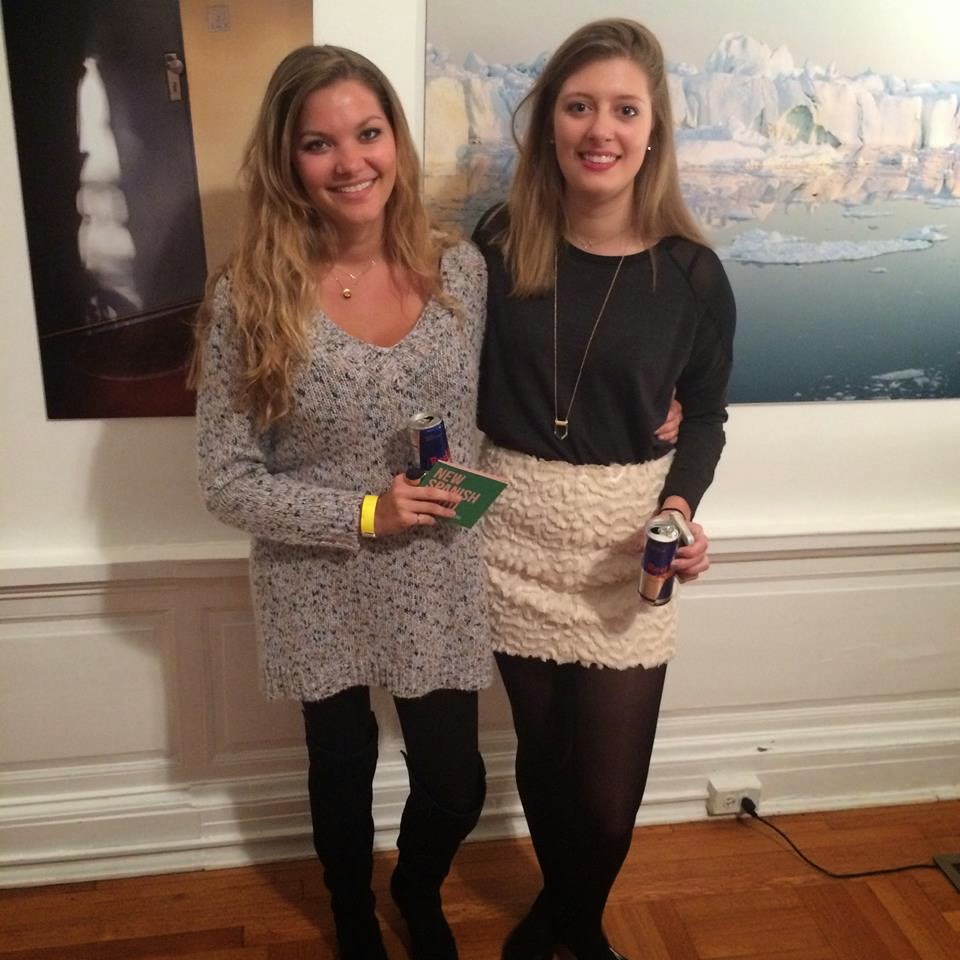 What brought you from an interest in journalism to doing a lit mag?
Morgan: Something I think that’s cool that we’re trying to do with our magazine is that it’s split up so that it’s literature and journalism. You’ll notice we have a poetry section but we also have an art and photography section, along with a political section. We’re straddling the line between both. I don’t really think we’re losing anything.
What made you guys want to start doing a print version? That must have been especially challenging.
Emily: Well there’s always some question of “why are you going to print in the digital age?’. I think just the idea of having something physical is really important. Literature is based on physical books. I mean there’s that line between wanting it to be successful and also wanting what you want, which is why we have the online component.
Morgan: There are definitely a lot of financial restrictions starting off but the goal will always be to have it in print because, like Emily said, literature isn’t something that started online. It’s a physical thing. I think it makes it a lot more personal. Especially when it comes to art. It makes it a lot more personal and that’s really important to us.
What was the most challenging part of doing this?
Both: Raising money.
Morgan: Honestly, when we started our Kickstarter—Every day after we started the Kickstarter I would wake up nauseous because I was so worried people weren’t going to donate.
Emily: Over break we had like ten days left and we still had a thousand dollars to raise and that was panic mode.
Morgan: We just started thinking we’re going to have to apply for jobs, like, we’re just going to have to pay for this out of pocket.
Emily: Which we were totally willing to do.
Morgan: Yeah not printing it was not an option.
What was the process like in terms of finding writers?

Emily: I do a lot of curating in terms of how poetry goes and a lot of our poets are alumni. And then I reach out to people on Tumblr for photography and Morgan knows those people who contribute political essays.
Morgan: I think we both curate what we’re good at. I’m in an international affairs major, so I’m more familiar with politics, so I reach out to a lot of my friends interested in politics and a lot of my friends are interested in art. So I think we both play to our strengths.
You mentioned that you have particular goals in terms of aesthetic. Tell me some more about that.
Morgan: The goal is to make it hip and interesting and something people want to read, but also dignified. I think it’s easy to look at a lot of work coming from young people and thinking that it’s rough and needs work but that’s not necessarily the case. I think people are doing really interesting experimental things that still have a dignity to them that people should see. So that’s our aesthetic. Minimal. Clean
So how does this fit into your life plans?
Emily: For me, I did the journalism route for a while. It seemed the most compatible with an English degree, but my interests really lie in poetry and creative writing and publishing itself. So this for me gives me the opportunity to do all of that and grow something that doesn’t have any expectations built around it already.
Morgan: I have a bit left to go of college, obviously. But the thing that’s really cool about this is that Emily’s like my sister. So it’s not like a company in a sense that it’s a job. It’s something we do because we are obviously engaged with a lot of thing and spend a lot of time together. It’s something that I think regardless of how big it gets we’ll always spend time on. So for me at least, I mean, I want to be a journalist but this is something I think we’ll always work on.
So part of it is how accessible it is, but if it really takes off, what’re your plans for keeping it that way?
Morgan: I don’t think the way we approach it will ever change. We may start getting a hundred submissions a day instead of twenty but it’s going to still just be about what we like and what fits in with our content.
Emily: I don’t’ see the idea behind it changing because it’s something that’s really grounded and doesn’t have a place right now. It’s filling a spot in the literary world.
Morgan: Something I would like to do is get some staff writers to do longer journalistic pieces. But in terms of putting stuff up, if we like it, it’s going up. That’s the great thing about online content is that it’s unlimited and you can put up as much as you want.
The Sundial Review is available online at thesundialreview.com
on Twitter: @sundial_review
Facebook: facebook.com/sundialreview

Jeffrey Gorsky with his daughters Jeffrey Gorsky graduated with honors in English from GW in 1974; he went on to get a GW law degree and to pursue a varied career in the foreign service. Throughout his travels, his GW experience (especially his time in Judith Plotz’s classroom) stayed with him; and indeed he’s currently a…

Please join the English Department in congratulating our very own, Professor Jennifer Chang, on her most recent accomplishments! Professor Chang is this year’s Poetry Society of America’s William Carlos Williams Reward Recipient! This prestigious award is given to a single US poet who has published a book of their poetry via a small publishing house….

Somehow, suddenly, it’s August again!  We at GW English find it hard to believe that classes start three weeks from today, on Monday, August 29.  Our faculty, as usual, has been hard at work over the summer, planning great courses for our students, and pursuing our research in numerous places around the world.  We hope…

For the last year, PhD student D. Gilson has been soliciting poems, essays, and artwork for a special collection from the academic journal Upstart: A Journal of English Renaissance Studies. In fact, this collection, titled Out of Sequence: The Sonnets Remixed, brings together 154 writers and artists responding to Shakespeare’s Sonnets. Gilson explains, “After reading…

GW English Major Katherine Bradshaw During the summer, as well as during the academic year, our majors often serve as interns in a wide range of locations.  Classical Studies major, English minor, and Dean’s scholar Katherine Bradshaw recently sent us a summary of her experience in Summer 2013 as an intern for the Shakespeare Theatre…