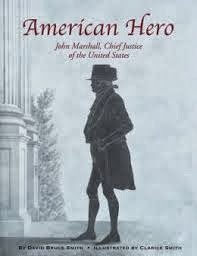 The Hyman S. and Freda Bernstein Jewish Literary Festival begins this Sunday and GW English is pleased to note that our alum David Bruce Smith (BA, 1979) is on the “Local Author Fair” roster for his new book American Hero: John Marshall, Chief Justice of the United States.  John Marshall was the fourth Chief Justice of the Supreme Court of the United States (1801-1835) and the figure most responsible for making the Supreme Court the powerful institution that it remains today.  American Hero is beautifully illustrated by Clarice Smith, David Bruce Smith’s mother.
The Local Author Fair (flyer below) is on October 13 at 7 PM at the Washington DC JCC, 1529 16th Street NW.
A long-time friend and supporter of the English Department, David Bruce Smith’s generous contribution has made possible “Jewish Literature Live,” taught every spring since 2009 by our own Professor Faye Moskowitz.  Jewish Literature Live was recently named by Time magazine as one of the most exciting classes in the country (read about Time‘s coverage of Professor Moskowitz’s popular course here).
Senior Samantha Yakas has served both as Professor Moskowitz’s assistant for the class and as Communications Liaison for the English Department.  In anticipation of the Local Author Fair, she posed some questions to David.  Hope to see you on October 13 at the DC JCC!
Samantha Yakas: The book you will be presenting at the Local Author Fair is your first children’s book.  What inspired you to write for a younger audience and what were some of the challenges that came along with that?
David Bruce Smith: The Marshall book was a lucky break. I was asked by the John Marshall Foundation in Richmond if I would be interested in writing a children’s book about him. Even though I told them I had never written for that age group, 2nd and 3rd graders, it was not a concern. My only request was that my mother be the illustrator, a wish they were happy to accommodate–especially since they were familiar with her work.
SY: Over the course of America’s history we have had many Chief Justices make vital, life-altering decisions. What drew you to Chief Justice John Marshall?
DBS: Before the book, I didn’t really know much about Marshall. One of the things I learned was that he transformed the Court; when he became Chief Justice in 1801, the justices met only a few days each year, and the Judicial branch of the United States government was not taken seriously.  However, when Marshall’s tenure ended with his 1835 death, the Court was powerful, influential, admired–and copied–by countries from all over the world.
SY: Your books are published by David Bruce Smith Publications, what has been your experience as both an author and a publisher, and has it influenced the way you write and present your work?
DBS: Marshall wasn’t published by David Bruce Smith Publications, but we were still able to achieve what you get with your own imprint: a great deal of artistic and creative control. Luckily, I also have people around me to help make that occur.
SY: The Local Author Fair gives the opportunity for many up and coming authors to present themselves. Who are some of your favorite local authors that GW students should be looking out for?
DBS: I’m not familiar with many local children’s authors, but for adults: Melissa Ford–who is in this year’s Festival; Mary Lynn Kotz, Nick Kotz, and Faye Moskowitz–who are not. 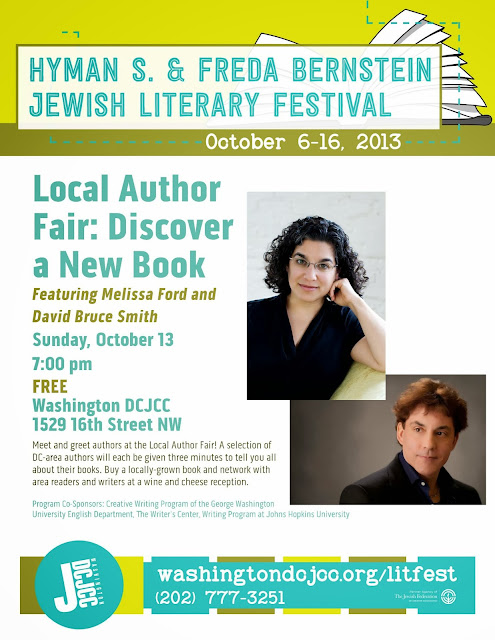 The most recent Pulitzer Prize winner for fiction, Junot Diaz, is reading from his novel The Brief Wondrous Life of Oscar Wao this Wednesday (September 10th) at Politics and Prose at 7 PM (though it’s advisable to be early). This is a great opportunity to meet one of the most celebrated young authors in the…

Dear Faculty and Graduate Students: Don’t forget to mark your calendars for the  2016 EGSA Student Symposium, Border Crossings!  Friday, February 12th from   9 AM- 6:30 PM  Gelman 219   This year’s symposium features a cross-disciplinary smorgasbord of border crossings, from Historical and Economic exchanges to Crip/Queer crossings, Genre and Intertextual blending, and the power…

The 2017-2018 Jenny McKean Moore recipient, Sally Wen Mao, will be reading from her latest book, Mad Honey Symposium, on September 14th in Gelman Library (Room 702) at 7:30 pm. National Book Award Winner Terrance Hayes says of Mao’s debut: “The luminous image of a mouth ‘digesting light’ and later spitting ‘the light out because it…