Margaret Soltan sat down to catch up with Michael Bennett, an English alum who received his BA from GW in 2002 and went on to earn his PhD at the University of Massachusetts Amherst. 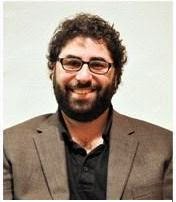 The last time we caught up with Bennett back in 2010 he had just become an assistant professor at University of Wisconsin-Whitewater! He has recently become a tenured professor and was willing to share more about his professional growth and advice for current GW English majors!


First, congratulations on having won tenure at University of Wisconsin-Whitewater! What sort of courses do you teach there?
In our English department, I teach the two regularly-offered modern drama courses, “Survey of Modern Drama,” and “US Multicultural Drama.” I also teach on a regular basis, the GenEd capstone course, “World of Ideas,” and “Freshman English.”
How did GW’s English department prepare you for writing and teaching? Were there particular professors here who had a big impact on you?
As an undergraduate at GW, I really benefited from the one-on-one relationships I developed with three English professors, in particular: Robert Combs, Jeffrey Cohen, and Robert McRuer. I took multiple courses with each professor and the effort made on both their part and my part to further the relationships led to working more closely with each professor. This fostered more of a mentor-student relationship and afforded me a better look at how to write and teach on a professional level.
You’ve made a success of a career in university literature studies, but this is becoming more and more difficult to accomplish. What is your advice for GW students thinking of a PhD in English? 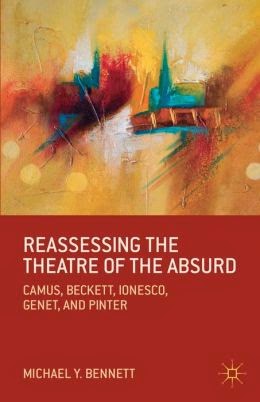 Know the odds! PhD programs in English accept somewhere between 6-10% of applicants; only 33% of those accepted ever actually get a PhD; and then less than 33% of those who manage to finish their PhD will ever get a tenure-track position… HOWEVER, if you accept the fact that the CHANCES are that you will NOT get a tenure-track position, and you are pursuing it because you love it, then full-speed ahead… And you may even get the right breaks and land that increasingly-elusive tenure-track position!
You teach courses in philosophy as well as literature, and I assume your interest in the concept of “the absurd” has something to do with this interdisciplinary perspective. Could you elaborate?

My investigation into absurd literature led me to study Camus and Sartre. This led to my dissertation and (to what became) my first book, Reassessing the Theatreof the Absurd. Finding the field of philosophy so fertile, I continued to study it, leading to my second book (Words, Space, and the Audience) which moved past Continental philosophy, to look at late-19th century/20th century epistemology (the study of knowledge, or how do you know what you know). From there, I have continued to delve deeper and deeper into philosophy, both writing about and teaching mostly 20th and 21st century analytic philosophy (the tradition that dominates 21st century philosophy departments). I kind of realized, at some point, that “critical theory” is a watered-down version of philosophy, and that engaging in the actual philosophical debates that are being contemplated by philosophy scholars in philosophy departments is much more powerful and leads to much more nuanced readings.
Could you share some memories of life in Foggy Bottom? What has the move from a city to a town meant to you?
Life in Foggy Bottom is really life in DC… From the restaurants in Georgetown, Dupont Circle, and Adams Morgan, to trick-or-treating on Embassy Row, to studying on a regular basis in the East Wing of the National Gallery, to interning for the late-Sen. Kennedy, my education–while mostly taking place in the classroom–was complemented by the education the city itself provided.
We wish Professor Bennett the best of luck in the future and hope he will keep in touch!

Paula Mejia (BA, Creative Writing/English ’13, MA, English ’14) “I WROTE A BOOK – WHO  KNOWS WHAT AMAZING THINGS YOU CAN DO, TOO” Paula Mejia started as an International Affairs major at GW, and then encountered our Creative Writing faculty — which changed everything.  Margaret Soltan talks to her about it. Since you graduated from…

Congratulations to English Professor Daniel DeWispelare and PhD Candidate Vicki Barnett Woods, who have both won awards for excellence within the Writing In the Disciplines program! They will be recognized for their accomplishments in the university-wide Faculty Honors Ceremony, on April 20th at 4:00 pm in the Jack Morton Auditorium, and will receive a…

Professor Jonathan Hsy has been awarded the first Writing in the Disciplines (WID) Distinguished Teaching Award.  In her announcement of this new and prestigious award, Professor Rachel Riedner of the University Writing Program and Women’s Studies wrote, “I am very pleased to announce that the winner of the Writing in the Disciplines Distinguished Teaching Award this year is Jonathan…

GW Creative Writing and English Professor Frederick Pollack Frederick Pollack is the author of two book-length narrative poems, The Adventure and Happiness, both published by Story Line Press.   GW English is happy to announce that his collection of shorter poems, A Poverty of Words (Prolific Press), will appear in a few weeks. Many other poems of his have appeared in…