April welcomes spring’s first flowers and the sustained bloom of National Poetry Month. It’s no coincidence that seeing with a brighter light—and feeling with a warmer disposition—redirects our attention to poems, wherein language becomes stranger, freer, and more like music. In the coming days, the students of Professor Jennifer Chang’s ENGL 2470 (Poetry Writing) course will be bringing more poetry to our campus, from collectively composed centos to noisy lyric protests to a hard-hitting investigation into the imaginary of poetry within our community. Stay tuned!
This particular post inaugurates a series of video recitations and interviews with famous GW citizens sharing favorite poems and talking about where poetry fits into their lives.  A professor in English and American Studies, Gayle Wald’s most recent book It’s Been Beautiful: Soul! and Black Power Television was blurbed by beloved American poet, Nikki Giovanni. “Excellent job, Gayle Wald,” the poet extols! Professor Chang and Ph.D. candidate D. Gilson met with Professor Wald on Tuesday to ask her a few questions about poetry. She chose to recite Langston Hughes’s “I, Too,” a favorite poem she frequently teaches in her courses. 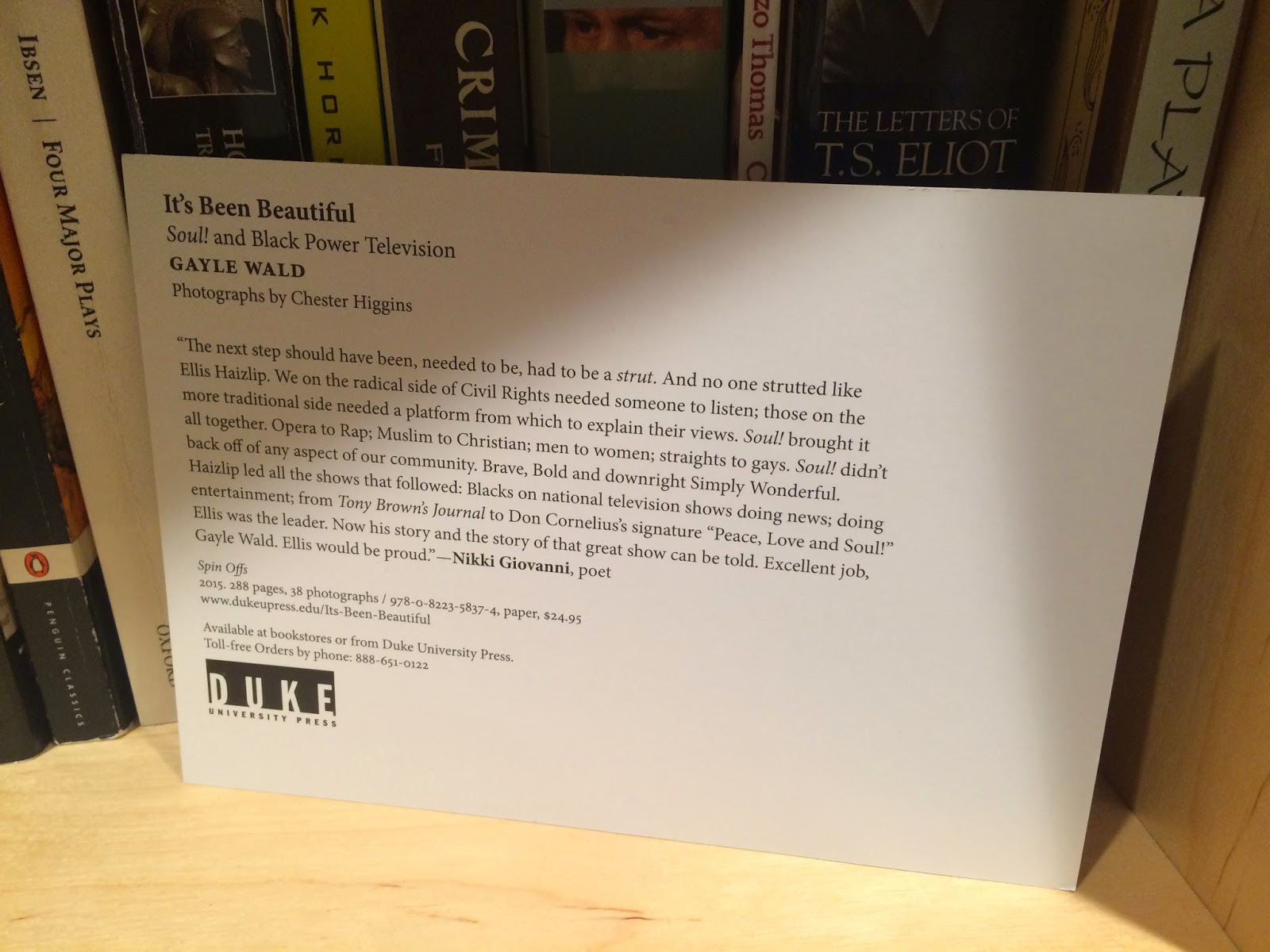 THE INTERVIEW
Chang:
Why did you choose to recite Hughes “I, Too”?
Wald:
It’s a very complicated poem that keeps revealing more to me over time. I just wanted to hear it, and saying it—having the words in your mouth—feels really different. This is a poem where I feel like tone is very important, and who is speaking and how he or she speaks. I guess it’s “he” since [the speaker is] the “darker brother—how he’s speaking…. There’s several voices in this, including the voice which says “eat in the kitchen,” which is actually a quote in the poem, so I feel like hearing that voice and hearing resilience in the voice—there’s determination in the voice, there’s anger in the voice, there’s grief in the voice… I’m just an amateur performer, but trying to figure out how any of that’s going on and also because it’s a nice poem to teach for beginning students—between “I, too, sing America” at the beginning and the resolution “I, too, am America,” and what that means and how you [say] that… there’s a lot to be said for that.
Chang:
You work on popular culture, specifically popular music and television, so where does poetry fit into that study?
Wald:
The book I just wrote is about a show that had a lot of poetry on it, a ton of poetry, actually. And it’s actually one piece of the show I don’t talk a lot about [in the book], but it was on a show [Soul! on PBS] during the sixties and seventies: [poetry] was a popular art. It was part of the way people were communicating and the show put a lot of poetry on stage as part of consciousness-raising and entertainment and reaching out to people. Viewers of the show wrote poems to the TV show, so it was this amazing dialogue through poetry. I was less interested in the poems themselves than in the performance of the poems because in some ways it’s kind of what the poems are doing to the audience and what’s going on when the readers read them. They had poets on the show, poets who were celebrities, who would read their own poetry. Nikki Giovanni got her start on this TV show. It was like her coming out. And she blurbed my book!
Chang:
Where does poetry fit into your everyday life?
Wald:
I think poetry fits into my life mostly through—I don’t read poetry a lot, I don’t really like to read poetry—but I think it probably fits into my life through music. So poetry on the page, not so much, but poetry in performance, yes.

Dear English Majors and Alumni, The faculty of the English Department care about you — not just as intellectuals and artists (you wow us every day in those roles), but as young people navigating a difficult present. Please know that our office doors are always open to you. If you can, please try to join…

The 1992 film Basic Instinct and many other cultural texts and issues will be discussed Professor Robert McRuer taught two courses in the interdisciplinary field lgbt studies this fall, and students in both classes will be coming together on Saturday, December 10, to present their work-in-progress.  Students from both “Transnational Queer Film Studies and LGBTQ Cultures” (English…

An Exciting Fall 2017 English Course Offering: This exciting course links authors Toni Morrison and William Faulkner through the ways in which their fictional and discursive practices reflect on each other.  Specifically, we will examine how the texts of both authors reenact and resist racism and patriarchal structures; how they explore the ways in which memory…