The last weeks of April are busy ones on campus. Here are three upcoming events of interest.

Come out to hear our own Jane Shore on April 19 at 7:30 p.m. in Phillips B156. Prof. Shore will be reading from That Said, New and Selected Poems (Houghton Mifflin Harcourt), in an event sponsored by the Jenny McKean Moore Endowment.

As readers of this blog know, Prof. Shore is a prolific and highly decorated poet, as well as a dedicated teacher of GW poetry students. Her first book of poems, Eye Level, won the 1977 Juniper Prize. Her second book, The Minute Hand, won the 1986 Lamont Poetry Prize, awarded by the Academy of American Poets.  Music Minus One was a 1996 National Book Critics Circle Award Finalist. Happy Family was published by Picador USA in 1999.

Her previous book of poems, A Yes-Or-No Answer, was published in 2008 by Houghton Mifflin Harcourt and was awarded The Poets Prize. Her have been published in numerous anthologies and magazines including the Norton Anthology, The New Yorker, The Yale Review, Slate and Ploughshares. 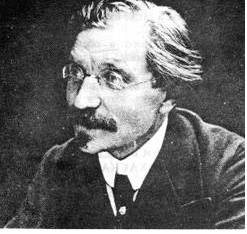 The Program in Judaic Studies and the Department of English proudly present a two-day Sholem Aleichem Fest on April 24 and 25.
Sholem Aleichem’s granddaughter, Bel Kaufman, author of Up the Down Staircase, will share reminiscences of her beloved grandfather at 7 p.m. on April 24 in the Marvin Center Amphitheater. She will be joined by Professor Max Ticktin and students from the Department of Theatre & Dance, who will perform a series of staged readings, in both Yiddish and English, of Sholem Aleichem’s short stories.
Bel Kaufman’s visit to campus is made possible by Jewish Literature Live, taught by Prof. Faye Moskowtiz, and generously supported by David Bruce Smith, BA ’79, a member of GW’s Board of Trustees and an alumnus of the English Department.
Joseph Dorman will be on hand to screen and discuss his acclaimed new film, Sholem Aleichem:  Laughing in the Darkness on April 25 at 7 p.m., in Room B07 in SMPA.  A dessert reception will follow.
The second night of the festival honors the memory of Norman Weinstein.
Both events are free and open to the community and the general public.  Please register for either one or both nights at http://go.gwu.edu/sholemfest 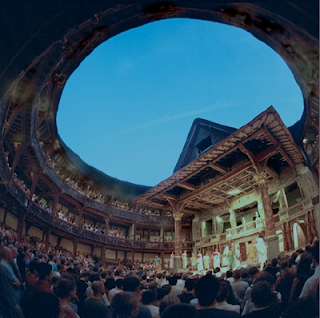 Alexa Alice Joubin, currently a Short-Term Fellow at the Folger Shakespeare Library, will be giving a presentation titled “Reorienting Global Shakespeare: Touring Productions to England, 1955-2011” at noon on Wednesday, April 25. Her talk will take place in the Board Room of the Library (201 E. Capitol St SE). All are welcome.

Can Shakespeare’s plays give a “local habitation” to the “airy nothing” of globalization? Shakespeare is proclaimed, once again, the bearer of universal currency and Britain’s national poet as the 2012 London Olympics draw nearer. Much more ambitious than the Royal Shakespeare Company’s 2006 “Complete Works” Festival, the World Shakespeare Festival in summer 2012, an integral part of the Cultural Olympiad to celebrate the Olympics, will bring theatre companies from different parts of the world to perform Shakespeare in their own languages.

Drawing on the Folger’s rich collections, her presentation traces the trajectories of touring Shakespeare from 1955 to 2011. Both homegrown and touring companies have staged Shakespearean performances in England, and the twenty-first century has ushered in what might be called a “post-national” age of intercultural theatre–an age populated by works that are defined by theatrical, cultural locations rather than geo-political boundaries.

Join us for a roundtable and Q&A with three GW alums on how to use your Liberal Arts education in the professional World. It takes place on Friday, April 6th, at 2pm in Gelman 702. Paula Mejia (English and Creative Writing B.A., 2013; English M.A., 2014): A writer and also an Associate Editor at Atlas…

Margaret Soltan was interviewed recently by Radio Poland, which asked her about her memories of Wojciech Fangor, Poland’s most important modern painter.  You can access that interview via this link. Professor Soltan spoke with the New York Times confirming Fangor’s death; the obituary from October 25 can be accessed here. Soltan will also be giving…

The pandemic has ushered in verbal and physical violence against Asian Americans. On April 15, GW hosted a virtual town hall webinar to address the crisis. Alexa Alice Joubin, one of the speakers, showed how the language of disease has historically been connected to racism. Read the coverage in GW Today.  From GW Today, April 20:…

The Jenny McKean Moore Reading Series welcomes poet Lindsay Bernal. She is the winner of the 2017 National Poetry Series Competition.  Share on FacebookTweet