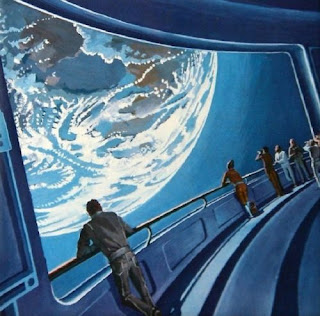 We are pleased to share that English Ph.D. candidate Farisa Khalid was awarded the competitive CCAS Dean’s Graduate Instructorship Award 2020, an award given by GWU’s College of Arts & Sciences  to “exceptional Ph.D. candidates the unique experience of designing and teaching their own undergraduate courses while obtaining financial support for their dissertation research.” Up to three fellowships per semester are awarded across the different disciplines at CCAS. Various other students in our department have won this award over the years to teach specialized courses on topics like Victorian ghost stories and pirates in eighteenth-century fiction.
Farisa is teaching a course ENG 3810 this semester, entitled “British and Global Science Fiction and Film.” She came up with the idea for the course based on the growing interest in the fiftieth anniversary of the Apollo 11 moon landing of 1969. Since science fiction is the literature of extrapolation and wonder, its effects are all around us in the technology we use and in the media we consume. The 2019-2020 year seemed like the perfect time to offer GW students the chance to study how this fascinating genre has evolved.
In the course, students study science fiction literature, produced between the late nineteenth-century to the present, and twentieth and twenty-first century science fiction film. Students will learn about how science fiction contends with significant political, historical, and social issues, notably war, militarization, climate change, reproductive rights, human rights, and the ethics of scientific experimentation. The course’s focus on science fiction texts and films also allows students to understand how science fiction as a genre addresses issues of exploration, imperialism, race, ethics, and the philosophical underpinnings of how societies function.  Khalid says, “I hope to help students appreciate the specific history of this genre, how it has evolved over the course of the twentieth century, and how its growth is something that didn’t happen in isolation. The development of science fiction is multivalent, and it depended a great deal on the distribution of texts by readers, writers, and publishers, from the earliest science fiction pulps to the massive convergence culture of SF today that encompasses books, film, television, internet fandom, and fandom culture and conferences across the globe.”
In this fascinating course, students explore works by H.G. Wells, Arthur C. Clarke, and John Wyndham, as well as works by science fiction writers from across the globe, such as Keki Daruwalla (India), Cixin Liu (China), and Nnedi Okorafor (Nigeria). They also watch films including Stanley Kubrick’s 2001: A Space Odyssey (1968), Steven Spielberg’s A.I.: Artificial Intelligence (2001), Danny Boyle’s Sunshine (2007), and Jonathan Glazer’s Under the Skin (2014).
In a similar vein to her course on science fiction, Farisa Khalid is working on a dissertation with a focus on genre studies, specifically on twentieth-century British spy novels and plays, where she is examining how various media contend with the narrative structures and ideology of the spy thriller.
Congratulations, Farisa, on this prestigious award! 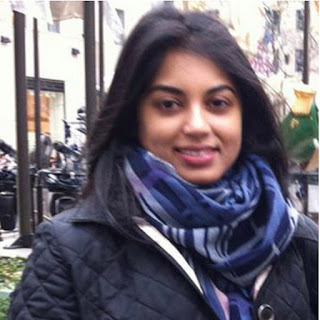 GW English Majors: Oxford English Dictionary: Exalted rank or position; dignity, distinction We are now accepting applications for the English Department Honors Program for 2015-16.  The program is designed to provide exceptional students with an opportunity to participate in a two-semester seminar culminating in an Honors thesis written in consultation with faculty advisors. English majors are…

On the eve of the first day of National Poetry Month, the English Department announces a dynamic new course on poetry. This course is ideal for students curious about the relationship between literary analysis and composition practices, and it can be taken to fulfill a requirement for Creative Writing majors (see below): The ABC’s of…

English 3980W Fall 2018 GW Students: English 3980W returns this fall and is now open for registration! This course meets at GW all semester as a regular class but includes a short-term study abroad element: one week in Prague, Czech Republic, where we will meet with Czech students taking the same class in Prague and…