If We Must Die
If we must die, let it not be like hogs
Hunted and penned in an inglorious spot,
While round us bark the mad and hungry dogs,
Making their mock at our accursed lot.
If we must die, O let us nobly die,
So that our precious blood may not be shed
In vain; then even the monsters we defy
Shall be constrained to honor us though dead!
O kinsmen we must meet the common foe!
Though far outnumbered let us show us brave,
And for their thousand blows deal one deathblow!
What though before us lies the open grave?
Like men we’ll face the murderous, cowardly pack,
Pressed to the wall, dying, but fighting back! 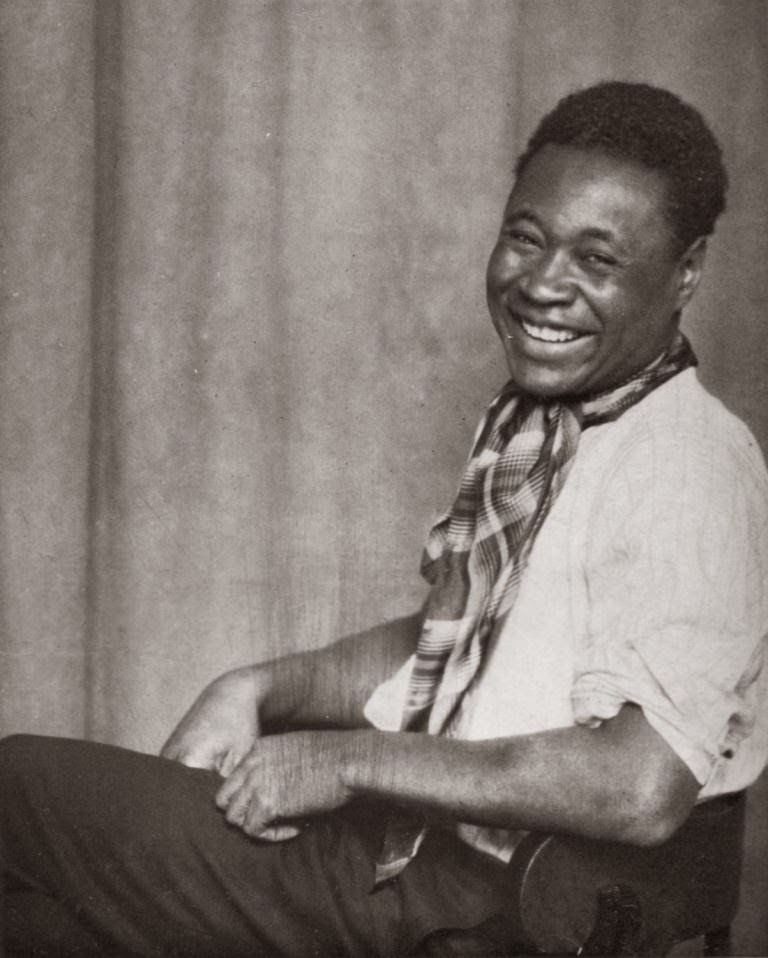 One of my favorite poems, “If We Must Die” was written by Claude McKay (1889-1948) in 1919, following a period of intense violence against black people in America.  I love the poem’s revolutionary spirit and voice.  It sounds almost like a speech being given at a rally or a march.  The speaker is pouring his heart out to his people.  The speaker is in the same dismal situation as his audience, but he is still trying to get them to fight in face of despair.
It’s a sonnet but strays from the traditional sonnet in the sense that it doesn’t talk about love or something flowery; rather, it deals with a topic that is more brutal and violent.  And yet, it is a traditional sonnet, following a Shakespearean rhyme scheme and iambic pentameter throughout.
The poem opens with a couple of metaphors.  The hog metaphor shows the disgrace and dehumanizing position of the speaker and his specific audience, other blacks who’ve been discriminated against in America.  The dog metaphor paints his enemies in the same dehumanizing light except they are the aggressors.  This violent animalistic language in the beginning of the poem allows the reader to fully understand the disgusting plight of the speaker and audience.  The speaker wants his audience to face their plight with honor and to die nobly.  He continues to bring up this idea of honor and that even in defeat they can maintain honor and respect throughout the rest of the sonnet.
The turn in this sonnet occurs in line 9 with “O kinsmen!”   It is at this point the poem gets more militant, calling for action against their enemies.   This culminates in the most powerful line of the poem, line 11, in which McKay deals a deathblow against their enemy.  The subsequent line is also my favorite of the poem: “What though before us lies the open grave?”  This line suggests that the only thing in the future is death, and the speaker poses this rhetorical question to audience to make them see that they can either have an honorable death or a disgraceful one.
In the final couplet the speaker’s vision for himself and his audience is realized.  The speaker and his audience, who began this poem like hogs are now men.  The enemies maintain their dehumanizing image of a pack of dogs.  The speaker and his audience are men because they fight back, and although they are still dying they refuse to be slaughtered like animals and, insist, on dying (and thus, living) with respect and honor.
—Malcolm Thompson


Malcolm is a sophomore double majoring in Political Science and Economics.  He lives in New York City and plans to return there following graduation.

From the latest edition: Touring a National Treasure Alumnus shows students Library of Congress’ riches A tour of the Library of Congress allowed students to admire the building’s remarkable artwork and architecture. Photo by Rick Reinhard As they perused the personal collection of one of our nation’s founding fathers, GW students took a break from…

We are pleased to announce that Composing Disability, GW’s biennial Disability Studies conference, returns on March 22-23, 2018. The full program will be posted soon, and the keynote for this event is UK-based artist-activist Liz Crow. Crow is the founder of Roaring Girl Productions and works with performance, film, audio, and text. Her work has…