Sonnet LI
Summer so histrionic, marvelous dirty days
is not genuine           it shines forth from the faces
littered with soup, cigarette butts, the heavy
is a correspondent         the innocence of childhood
sadness graying the faces of virgins aching
and everything comes before their eyes
to be fucked, we fondle their snatches but they
that the angels have supereminent wisdom is shown
they weep and get solemn etcetera
from thought          for all things come to them gratuitously
by their speech        it flows directly and spontaneously
and O I am afraid! but later they’ll be eyeing the butts of the
studs
in the street rain flushing the gutters bringing from Memphis
Gus Cannon gulping, “I called myself Banjo Joe!” 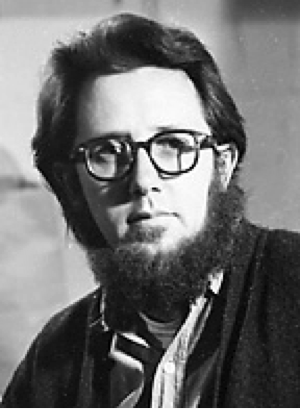 I chose Sonnet LI from Ted Berrigan’s book, The Sonnets. This poem was one of a series in which specific words from the poem are repeated throughout the series in different contexts. From the moment after I read it, I found the poem very captivating. Although the poem was as short as sonnets are, it presented real and concrete ideas in a beautiful manner. There is a lackadaisical and daydream-y tone to the poem, complimented by the carefree and mellow atmosphere that Berrigan implements. The poem starts by mentioning “marvelous dirty days,” which I interpreted as the idea that teenagers pass their time doing awful things but yet still have fond memories of those days.
Berrigan utilizes many literary tools in his writing that allow him to execute this so successfully. It initially caught my eye because I felt as though I could relate; the narrator seems to be speaking in the perspective of a teenager. The diction used helps establish this because it is very informal as presented by the lingo and inappropriate material discussed. For example, this is evident in “the innocence of childhood / sadness graying the faces of virgins aching / and everything comes before their eyes / to be fucked.” Also, the speaker appears to be addressing time passing and coming to terms with the fact that his or her carefree days are over.
Other effective literary tools are employed, such as alliteration like “dirty days” and “forth from the faces.” One of my favorite assets of the poem was Berrigan’s choice of verbs. Verbs such as “shines,” “littered,” “graying,” “fondle,” and “eyeing” are not typically used in the context that they are in this poem. These verbs appear to have been specifically selected in order to indicate a very specific meaning and fulfill a purpose. That in turn, makes it much more powerful, in my eyes. The verbs helped to convey abstract ideas with the complementation of other figurative tools such as personification. All in all, I really am fond of this poem. Berrigan is a master of his work and I found that his talents were palpable in this particular poem, as well as the series. I would highly recommend Berrigan’s The Sonnets.
—Nadia Khan
Nadia is a freshman planning to pursue a biology or biological anthropology major and a minor in creative writing. She hopes to seek a career in animal sciences and research. Along with her passion for animals and writing, she loves to spend time with friends, whom she considers her own personal diary when she doesn’t have a pen on hand.

Our Open House this afternoon brought together a wide variety of English Department community members, everyone from first-year students to graduating seniors, as well as graduate students, alums, and of course faculty. Thanks to all who came! We closed the event with a tribute to Toni Morrison led by Professor Evelyn Schreiber. It was moving…

Graduation is nearly here and GW English is very much looking forward to celebrating the Class of 2013.  We are so proud of our graduates, and look forward to hearing about all of their accomplishments as they move on. One graduating senior (whom I did not have the pleasure of having in class during her…

When the feature film Crazy Rich Asians (dir. Jon Chu, Warner Bros, 2018), a romantic comedy set in Singapore, was released, it was said to have made history for Asian-American representation in the United States. On January 23, English faculty Patty Chu (deputy chair) and Alexa Alice Joubin were featured in a talk-back after a screening…

Dover Beach The sea is calm tonight. The tide is full, the moon lies fair Upon the straits; on the French coast the light Gleams and is gone; the cliffs of England stand, Glimmering and vast, out in the tranquil bay. Come to the window, sweet is the night-air! Only, from the long line of…