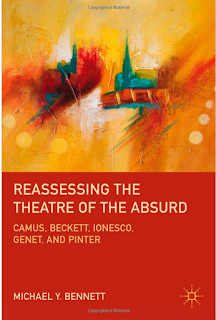 Bennett is Assistant Professor of English in Drama at the University of Wisconsin-Whitewater. In addition to Reassessing the Theatre of the Absurd: Camus, Beckett, Ionesco, Genet, and Pinter (Palgrave Macmillan, 2011), he is author of the forthcoming Words, Space, and the Audience: The Theatrical Tension between Empiricism and Rationalism (Palgrave Macmillan). He is also the editor of Refiguring Oscar Wilde’s Salome (Rodopi, 2011) and the co-editor of Eugene O’Neill’s One-Act Plays: New Critical Perspectives (Palgrave Macmillan, forthcoming August 2012). Bennett’s new project is a book titled Modern Drama and Philosophy: The Ontology of the Theatre. 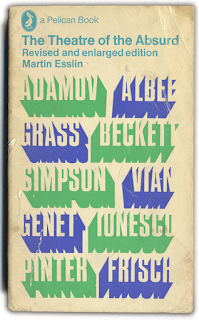 Fifty years after the publication of Martin Esslin’s The Theatre of the Absurd, which suggests that “absurd” plays purport the meaninglessness of life, Bennett’s book argues that these plays are, instead, ethical texts that suggest how life can be made meaningful. Analyzing the works of five major playwrights/writers of the 1950s (including three winners of the Nobel Prize in Literature), Bennett’s work challenges fifty years of scholarship through his upbeat and hopeful readings.


We are thrilled to have a former undergrad-cum-professor coming back to his alma mater to give a talk about his scholarship!

Please join the English Department faculty for informal and wide ranging conversation. The faculty of the English Department care about you — not just as intellectuals and artists (you wow us every day in those roles), but as young people navigating a difficult present. Please know that our office doors are always open to you….

The GWU English Department, British and Postcolonial Studies Cluster and the University Honors Program invite you to a lecture: Translated From the English:  British Reality on the Global Screen Professor Jim English, John Welsh Centennial Professor of English at the University of Pennsylvania Director of the Penn Humanities Forum Wednesday March 5, 2014 – 2:30…

This coming Wednesday: an important panel and audience discussion sponsored by the Africana Studies Program and the Multicultural Student Services Center. Share on FacebookTweet

The month long residency of South African writer Nokuthula Mazibuko has come to an end. The Embassy of South Africa hosted a valedictory reception Tuesday evening at the residence of the ambassador, Her Excellence Barbara Masekela. Nokuthula returns to South Africa today. We wish her the best, especially as she looks forward to the birth…