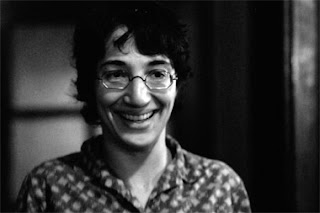 Myla Goldberg may be a “freak of nature” as she describes herself. From meeting her earlier on Thursday, I certainly found her charming, witty, and quirky in the best possible way, so her self-labeling at her reading at the DCJCC was odd to me. Then again, Goldberg could be seen as a rarity within the book-publishing world. For although there are thousands of aspiring authors every year, she was one of the few who actually wrote her brilliant idea down and then broke through and successfully propelled a novel that combined spelling and mysticism into the National Bestseller list. Reaching such a high point at such a young age could be troubling; many authors find themselves at the sophomore slump by the time they are expected to publish again, but not Goldberg.

She did notice the theme of her next novel shifting. She has always described Bee Season as a deeply “personal” novel. Writing a personal novel can be very draining though. “There is a lot of introspection and self critique. It’s exhausting, you kind of run out of material,” she said. Putting it simply Goldberg said, “My second novel cannot be further from me than I can imagine,” she said. “I needed to get away from myself because I still wanted to write.” Set during the 1918 influenza epidemic, Wickett’s Remedy follows the story of a young Irish Catholic woman, who is clearly not Goldberg, but that was the point.

For Goldberg’s third book, she found herself getting personal again. Due out in October, her new novel was initially inspired by the Jewish holiday of Yom Kippur. The idea that forgiveness can only be truly achieved by directly confronting people appealed to Goldberg. She said, “The book is about all that stuff we did when we were younger and didn’t know any better.” In this case, her protagonist was responsible for the death of a girl when she was a child and upon returning to apologize to the child’s town, she realizes that her memories are entirely different from everyone else.

The short story Goldberg read on Thursday night also focuses on childhood and small towns, but taking a note from her quirkiness, stems from her fascination with “small strange museums.” “That’ll Be Two Dollars and Fifty Cents, Please” is about a tiny town in Midwest attempting to capitalize on the death of a young child star who grew up there. But just as Bee Season is not just a simple story about spelling bees, this short story to be published in the March issue of Harper’s has a deeper theme. “It’s about the nature of ambition. Any artist aspires to be the absolute greatest in the world. This is my personal fascination in how far below I will fall on that mark,” she said. “Everyone peaks at different times. So what do you do if you were one of those people who peaked at eighteen?” The story is both humorous and heartbreaking. Goldberg weaves a fascinating narrative that slowly reveals details as it goes along. Her talent is exhibited once again as she unearths the obscurities within the seemingly “ordinary.”

It is with great sorrow that we note the sudden death of Jonathon Lucks, an alumnus of the English Department (class of 2006). He is fondly remembered by our faculty, as well as by those majors who took classes in the department with him. We offer our deepest sympathy to his family and to his…

Connie Kibler, without whom the day to day running of the English Department would be impossible, celebrates thirty five years of service to GW today. She was presented with a plaque at a special luncheon (to which she was accompanied by a VERY handsome date). Congratulations, Connie! Share on FacebookTweet

The Department of English offers its warm congratulations to faculty members Jennifer Green-Lewis and Margaret Soltan. Their coauthored book Teaching Beauty in DeLillo, Woolf, and Merrill has just been published by Palgrave. The book’s description: What happened to beauty? How did the university literature classroom turn into a seminar on politics? Focusing on such writers…

Rachael Baird, our inaugural (and wonderful) Communications Liaison for the English Department, is now living in China. Check out her blog and get a glimpse of her life post-GW. Here’s an invitation to other English majors, current and former: if you have a blog, drop me a line and let me know. We’ll feature a…

Check this out. Don’t miss the streaming video, with its Renaissance-y soundtrack. It’s quite excellent. An excerpt from the article: During weekly, three-hour classes, students study with a Folger scholar to learn how early books were made, the role they played in shaping culture, and how the medium of print and its reproduction shape a…