October and early November are chock-a-block with English department or English-affiliated programming. Mark your calendars now for these upcoming events. 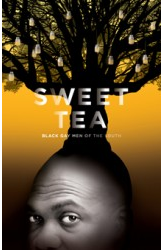 The Northwestern University Professor and performer E. Patrick Johnson visits GW during the run of his critically acclaimed one-man show “Sweet Tea: Black Gay Men of the South” at Arlington’s Signature Theater. He will discuss the questions raised by his show in a presentation on October 4 at 2 pm at the Multicultural Student Services Center, 2127 G Street. Look forward to a conversation that draws a diverse crowd. Co-sponsored by Africana Studies, the MSSC, and other GW units.

Johnson’s books include the award-winning Performance and the Politics of Authenticity (Duke UP). You can see him discuss “Sweet Tea” here.

Johnson last visited GWU as a guest of Prof. Wald’s “Post-Soul Black Literature and Culture” course in 2007, when he was workshopping an early version of “Sweat Tea.” He also consulted with faculty participants in CCAS’s Performance Studies Seminar. 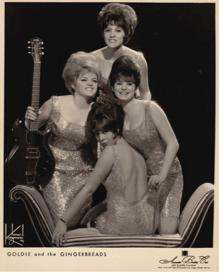 Did you know that The New Yorker‘s first pop music critic was Ellen Willis, a Jewish feminist? That Genya Raven, aka Goldie Zekovitz, was the lead singer of an all-female band that toured with the Rolling Stones, the Yardbirds, and the Kinks? That some of the original Riot Grrrls were Jewish?

On October 10 at 7 p.m. in Phillips 411, join a lively exchange about gender, Jewish identity, and rock & pop music featuring Sara Marcus, author of Girls to the Front: The True Story of the Riot Grrrl Revolution (2010), and Nona Willis Aronowitz, editor of Out of the Vinyl Deeps: Ellen Willis on Rock Music (2011). We’ll discuss the roles Jewish girls and women have played in pop music history and how Jewish identities are enacted (or not?) by women today. Heard of the Shondes, the Brooklyn-based indie-punk band with Jewish influences and radical politics? You will after this event. 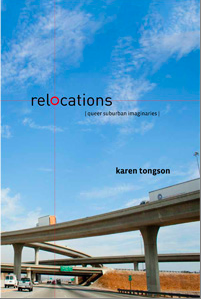 Just announced. Karen Tongson, Associate Professor of English and Gender Studies at the University of Southern California, will be presenting a talk on Thursday, October 20 at 2 p.m. in Rome 771 titled “Finding the Cloverleaf in Queer Cultural Studies.” Tongson’s hotly anticipated book, Relocations: Queer Suburban Imaginaries, just came out from New York University Press. Here’s what the press has to say about the book:

What queer lives, loves and possibilities teem within suburbia’s little boxes? Moving beyond the imbedded urban/rural binary, Relocations offers the first major queer cultural study of sexuality, race and representation in the suburbs. Focusing on the region humorists have referred to as “Lesser Los Angeles”—a global prototype for sprawl—Karen Tongson weaves through suburbia’s “nowhere”spaces to survey our spatial imaginaries: the aesthetic, creative and popular materials of the new suburbia.

GW English Prof. Robert McRuer, a leader in the field of disability studies, is one of the organizers of a two-day symposium that considers some of the ways that disability studies and disability culture are transforming higher education and assesses how academic spaces and programs might be generated to respond to that transformation. The exciting keynote speakers for this groundbreaking GW event include Michael Davidson (Concerto for the Left Hand: Disability and the Defamiliar Body), Terry Galloway, performer and author of Mean Little Deaf Queer, and Merri Lisa Johnson (Girl in Need of a Tourniquet: Memoir of a Borderline Personality).
“Composing Disability” brings together Disability and Deaf Studies, Writing Studies, Education, and Global Cultural Studies for spirited, collegial dialogue, about the production of disability culture, disability writing, and disability representation in and beyond academia today. The program is scheduled to begin on Thursday, November 3 at 1 pm and will run through Friday, November 4 at 3:30 pm. Look here for the full program. 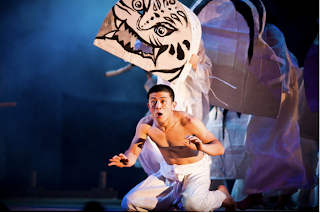 Staging Korea: Korean Theatre in Search of New Aesthetics, a day-long event celebrating the beauty of Korean performance traditions, scholars and directors will discuss the internationalization of Korean theatre.

This year’s highlight is the visit of Master Oh Tae Suk from Seoul and the screening of the film of his production, The Tempest, which won the Herald Angel’s Award at the 2011 Edinburgh International Arts Festival. The screening is on November 4 at 4 p.m.; the audience will have an opportunity to interact with the director at a presentation on November 5. Both events at the Harry Harding Auditorium, 1957 E Street. The events are part of this year’s Hahn Moo-Sook Colloquium in the Korean Humanities.

New GW English Prof. Alexa Alice Joubin recently discussed the show. She was interviewed on global Shakespeare by the BBC after her lecture in Edinburgh.

still from Marguerite (Marianne Farley, 2017) Students in English 3980W and 3910 invite you to attend a public symposium where they will combine and present their work-in-progress  Four sessions will be held Saturday, December 7, in Phillips Hall 412 (the Dean’s Conference Room), from 10:30 AM-5 PM.  The schedule is below.  Come out and support this…

Professor Tara Wallace was interviewed last month in the Washington Post about The Complete Jane Austen, to be aired on PBS. The interview was reprinted in the Honolulu Advertiser, Buffalo News, Charleston Post, Tulsa World, San Jose Mercury, Columbus Dispatch and Miami Herald. Professor Wallace is a popular teacher of eighteenth-century literature as well as…

The most recent Pulitzer Prize winner for fiction, Junot Diaz, is reading from his novel The Brief Wondrous Life of Oscar Wao this Wednesday (September 10th) at Politics and Prose at 7 PM (though it’s advisable to be early). This is a great opportunity to meet one of the most celebrated young authors in the…

The Jewish Literature Live  Spring Line-Up is HERE!  And you won’t want to miss a single author!  The first reading with Dara Horn will be Thursday night! Dara Horn Dara Horn-  A Guide for the Perplexed Jan. 30 in Marvin Center 311 at 7:00PM Anouk Markovitz– I am Forbidden Feb. 13 in the Marvin Center…