English 6450 Modernism, At Home and Abroad: Transnational Ties          Spring 2016
Professor Chris Sten (csten@gwu.edu)                                             W 4:10-6:00 pm
Rome 771
This graduate seminar on Modernist writing, which is open to graduate and advanced  undergraduate students alike, will feature the work of several U.S. authors, including Hemingway, Fitzgerald, Cather, Dos Passos, Djuna Barnes, Stein, and Wright, who lived in Europe as well as America and wrote about life in the two cultures between the First and Second World Wars.  We will read the work of these authors with one eye on politics and the other on aesthetics.  On a broader scale, we’ll explore the historical and political conflicts or “fault lines” that defined Euro-American culture during this period while also exploring Modernism as an international movement in the arts, and the efforts of American fiction writers in particular to launch a transnational American literature. 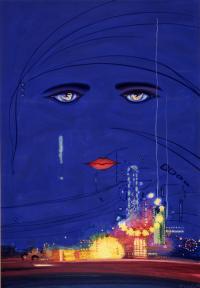 Some of the key topics to be considered include: modernity; nativism, transnationalism; commercialism; the “lost generation”; the Jazz Age; embodiment and conformity; radicalism and the avant garde; race, class, and gender.  Requirements include a short paper or book review on modernity and/or Modernism; two oral presentations; and a 15-20 page critical and interpretive research essay.
The course is open to graduate students and advanced undergraduates majoring in English or an allied discipline, including American Studies, Women’s Studies, and History.  Readings:
Hemingway, In Our Time; The Sun Also Rises
Gertrude Stein, Three Lives
Cather, One of Ours; The Professor’s House
Richard Wright, Lawd Today!
Fitzgerald, The Great Gatsby, Tender Is the Night
Jean Toomer, Cane
Dos Passos, 42ndParallel
Nella Larsen, Quicksand
Djuna Barnes, Nightwood

The Centre for Early Modern Studies is looking to commission twelve short pieces for this year’s postgraduate blog series. Each piece will be paid, of around a thousand words in length, and – in a material turn for 2021/22 – take a single object or ‘key thing’ as both its title and point of departure….

In response to popular demand, we’re pleased to announce the opening of the new Asian American Studies minor at GW.        This six-course interdisciplinary minor draws upon Columbian College courses from English, American Studies, Theater and Dance, History, East Asian cultural studies, anthropology, sociology, psychology, and women’s studies, with the option to do…