Beverly Lowry, author of Who Killed These Girls?
will read on February 22nd at 7:30 PM
in Gelman Library, Room 702
as the next installation of the
Jenny McKean Moore Reading Series. 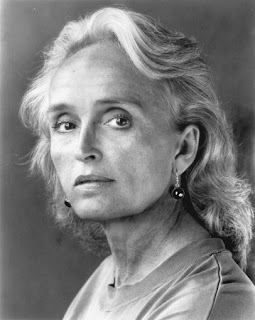 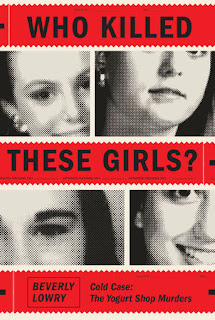 From Penguin Random House:
ABOUT THE AUTHOR:
BEVERLY LOWRY is the author of six novels and three previous works of nonfiction. Her writing has appeared in the The New Yorker, The New York Times, The Boston Globe, Vanity Fair, Rolling Stone, Mississippi Review, Granta, and many other publications. She has received awards from the National Endowment for the Arts, the Guggenheim Foundation, the Texas Institute of Letters, and the Mississippi Institute of Arts and Letters. She lives in Austin, Texas.
ABOUT WHO KILLED THESE GIRLS?:
From the author of Crossed Over, another masterful account of a horrible crime: the murder of four girls, countless other ruined lives, and the evolving complications of the justice system that frustrated the massive attempts–for twenty-five years now–to find and punish those who committed it.

The facts are brutally straightforward. On December 6, 1991, the naked, bound-and-gagged bodies of the four girls–each one shot in the head–were found in an I Can’t Believe It’s Yogurt! shop in Austin, Texas. Grief, shock, and horror spread out from their families and friends to overtake the city itself. Though all branches of law enforcement were brought to bear, the investigation was often misdirected and after eight years only two men (then teenagers) were tried; moreover, their subsequent convictions were eventually overturned, and Austin PD detectives are still working on what is now a very cold case. Over the decades, the story has grown to include DNA technology, false confessions, and other developments facing crime and punishment in contemporary life. But this story belongs to the scores of people involved, and from them Lowry has fashioned a riveting saga that reads like a Russian novel, comprehensive and thoroughly engrossing.

Publishing Gone APE: What Can Publishers Learn from Self Publishing  hosted by Washington Book Publishers Wednesday, September 25th at 6pm The best part of this event? It’s right on campus!  The event will be held in Funger Hall room 108 http://socialmediacommunications.co.za/wp-content/uploads/2012/12/post-Ape.jpg Co-author Shawn Welch http://files.guykawasaki.com/images/headshots /full/shawn-welch.png Shawn Welch, co-author of  APE: Author, Publisher, Entrepreneur- How to…

The Medieval and Early Modern Studies Seminar was launched last month with a terrific paper by Professor Gil Harris, “The Writing on the Wall: Old Jewry and John Stow’s Urban Palimpsest.” During its initial semester the seminar will focus upon faculty work in progress, with papers circulating two weeks in advance of each meeting. The…

Although all of the Inauguration Festivities are likely in their own way to be worth attending, allow me to call your attention to two that you will not want to miss, both of them on Wednesday November 14. 1. “Cultural Mobility: The Travels of Shakespeare’s Cardenio” by Stephen Greenblatt, Professor of English, Harvard University. In…

Clockwise from Upper Left to Right: Sarah Schulman; Manuel Muñoz; Jordy Rosenberg; K. Tyler Christensen This spring, students in Professor Robert McRuer’s English 3840W, “Contemporary LGBT Writing,” will have four “live” visits from some of the authors they are reading, and after a class visit, the authors themselves will be virtually on campus for…