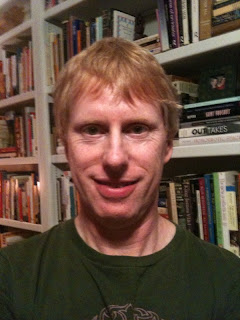 As students sunbathe in the last weeks of summer, professors feel the start of the new semester as an entirely different weather pattern. “The new semester has crashed with all the force of a tsunami. But sometimes it’s good to get wet,” said Professor Jonathan Gil Harris.

This academic year is a complete change from last year for Harris when he spent his days in “the bat cave,” that is the independent study rooms in the Folger Shakespeare Library. He eventually emerged one year and one book later to find himself in the throes of the new semester, where he is not only teaching but administrating as the new Director of Graduate Studies. During this transition period Harris notes, “I felt a little like Prospero on his island or maybe I was more like Caliban in the sense that I was doing work for others,” he said.

It is fitting for one of GW’s recognized Shakespeare scholars to make a reference to one of Shakespeare’s more biographical plays. Harris truly is, in a sense, both controversial characters of the play. He became Caliban after a commission from Oxford University Press to write his latest book Shakespeare and Literary Theory, so Harris found himself on a year long sabbatical at the Folger.

Although GW is a research institution, Harris had been doing plenty of research before his last commission. He said, “I was wary because I had just finished two other projects.” (Untimely Matter in the Time of Shakespeare and his critical edition of the play The Shoemakers Holiday.)

Yet his latest book was a different style and challenge in itself. The book is meant to be read by undergraduates and graduates, not just scholars thus putting Harris into the Prospero role. “It was a tightrope act I had to preform,” he said. “On one hand making these difficult ideas from Shakespeare and literary theorists accessible. And on the other hand, not dumbing it down.”

The research was so extensive that Harris only spent four months writing the actual book. He found the book came naturally. “In a way I was having an extended conversation with an imaginary audience,” he said.

This internal dialogue did not replace the actual dialogue he had with students and professors. Therefore even after experiencing the gratification of finishing the book Harris was eager to return to GW where he resumed teaching, but also assumed the role as DGS. This is a role Harris is excited to have. He said, “We’ve got a really fabulous graduate program in terms of faculty and students.”

Though Harris is a professor currently, his years as a graduate student are still fresh in his mind. “It was the most exhilarating and demoralizing time of my life. The highs are very high and lows are very low.” Harris hopes though that his graduates feel mostly exhilarated. He said, “One of my missions is to nurture the growth of a community.” Harris remembers loving his discussions with fellow graduate students and still enjoys discussion with the graduate students he advises.

He hopes this will dissuade students from falling in a void of solitude like he did sometimes during his graduate work. “There are these romantic fantasies that graduate study is simply the life of the mind, but this is a dangerous idea,” Harris said. For the most part though, GW students are already savvy and sociable. “Our students are very good,” he said. “They do not disappear into the void.”

Will Harris himself disappear into a void from his undergraduate teaching? Absolutely not! Harris emphasizes his need for interacting with and teaching undergraduates. “I actually feel there is a very important link between undergraduates and scholarship,” he said. “I need research to keep me alive in the classroom, but I need the classroom to keep my ideas accessible and clear.”

Harris may have been gone for a year, but he has returned and is more present than ever. Welcome back Professor Harris!

With the class of 2009 now safely out of GW’s hallowed (and under construction) halls, now is the perfect time to provide departing English majors with reassurance in the form of another Featured Alumnus blog post. Our subject this week is Mark Olshaker, a 1972 graduate of the GW English Department. As you’ll find, Mr….

Our sidebar has grown quite long, lengthened by the occasional poll, a request for feedback, and list of department supporters. Scrolling the entire length of our sidebar can be a daunting task, so let me call attention to a few promising sections in which you might be interested, and to which you will hopefully contribute….

You know you are an English major/professor when you are dorky enough to wear this t-shirt. Thanks to (from left to right) Tess Malone, Gayle Wald, Connie Kibler, and Jeffrey Cohen for making t-shirt day happen! Share on FacebookTweet